It seems a lot of these 1960’s far North Dallas homes have the same common kitchen complaint…small, dark and closed off kitchens. Our clients told us during our initial consultation that they love to entertain, and they really enjoy cooking. It turns out that they host 40-50 person gatherings of neighbors and friends three or four times a year. They wanted to update their 1965 kitchen, make it bigger and add storage and functionality. The biggest complaint was that the kitchen was just too far away from the places they like to gather. They were faced with a choice – move or remodel. They didn’t want to move away from their beloved highly rated, much sought after, Spring Creek Elementary school, but even with all the brainstorming at parties, they did not know if it was even possible.

In their dream kitchen, they wanted an open area to entertain that was open to the living room and had direct access to the backyard, as well as a much larger kitchen with more storage and a walk-in pantry, a large island for entertaining, seating and food prep and for it to be cool, sleek, and have room for a wine fridge, ice maker and built-in refrigerator.

We were able to remove the wall between their kitchen and living room, opening the entire space to all entertaining areas. A large walk-in pantry now sits where the old kitchen was and is almost the same size! The laundry room was elongated, and the entire kitchen was moved forward, taking the space of where the old kitchen table used to be, having the perfect amount of space for a large island. The formal dining at the front of the house was closed off from the kitchen and became a new guest bedroom.

These North Dallas clients (and their friends) are so happy with their new kitchen and especially their new entertaining spaces! 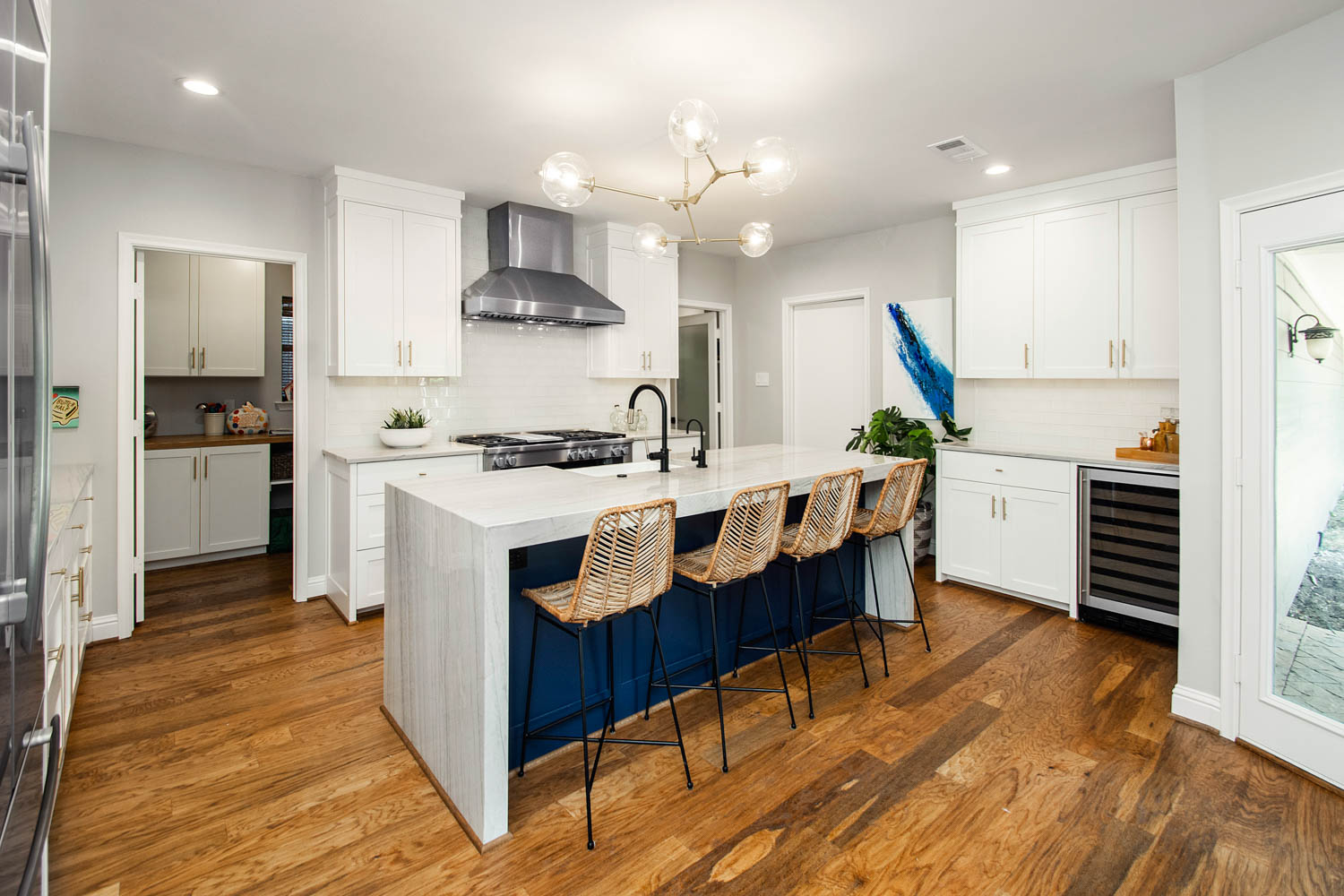 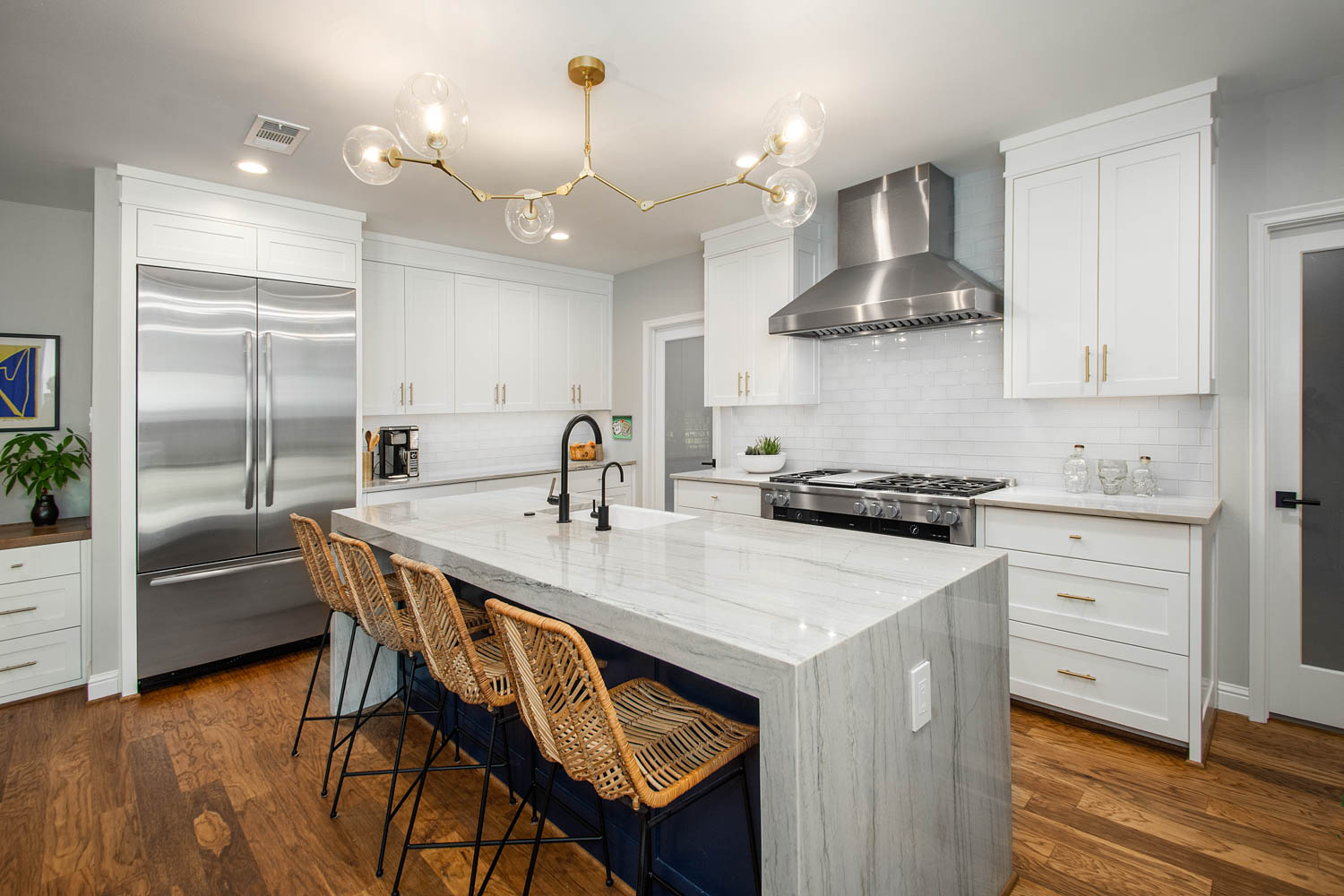 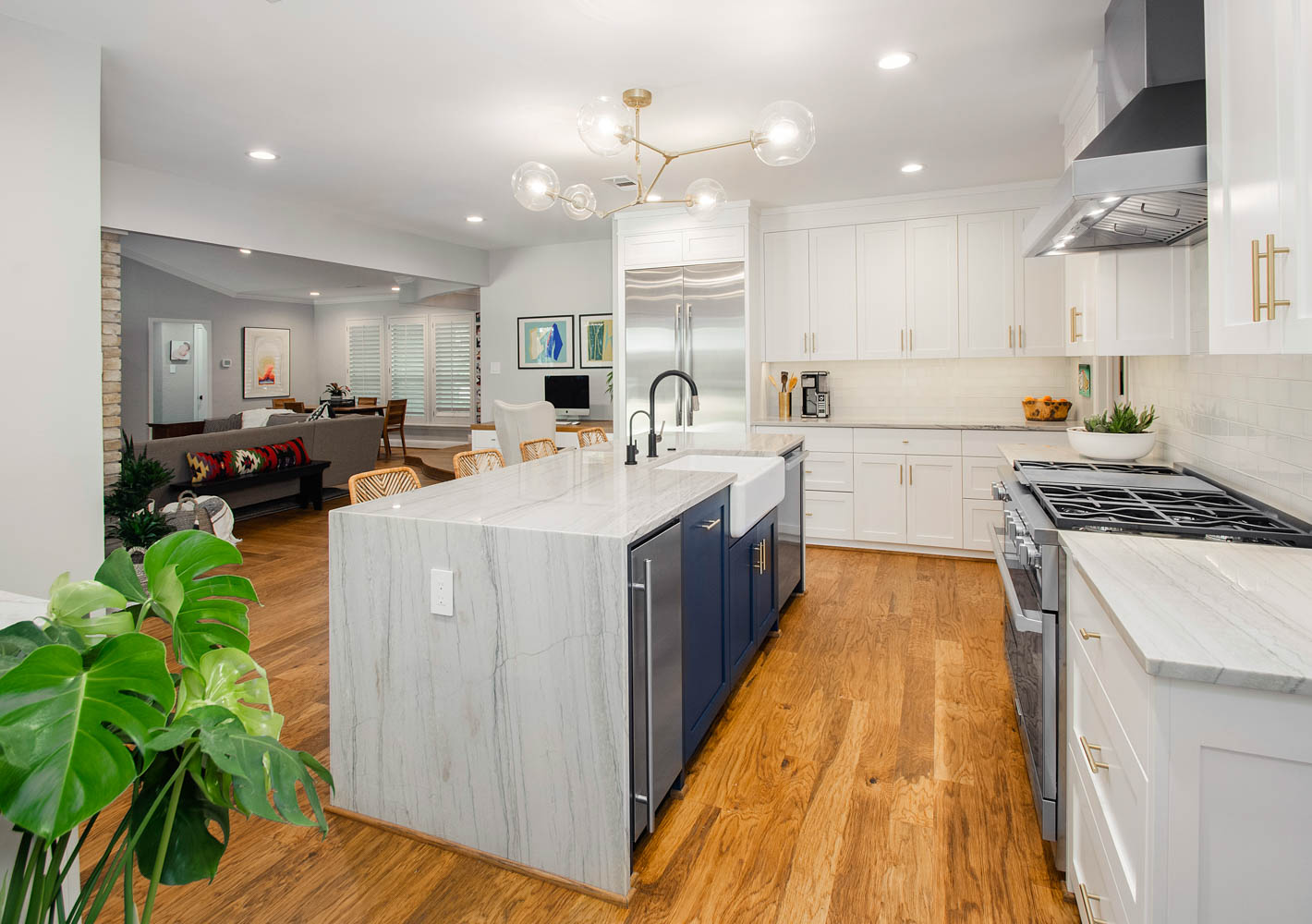 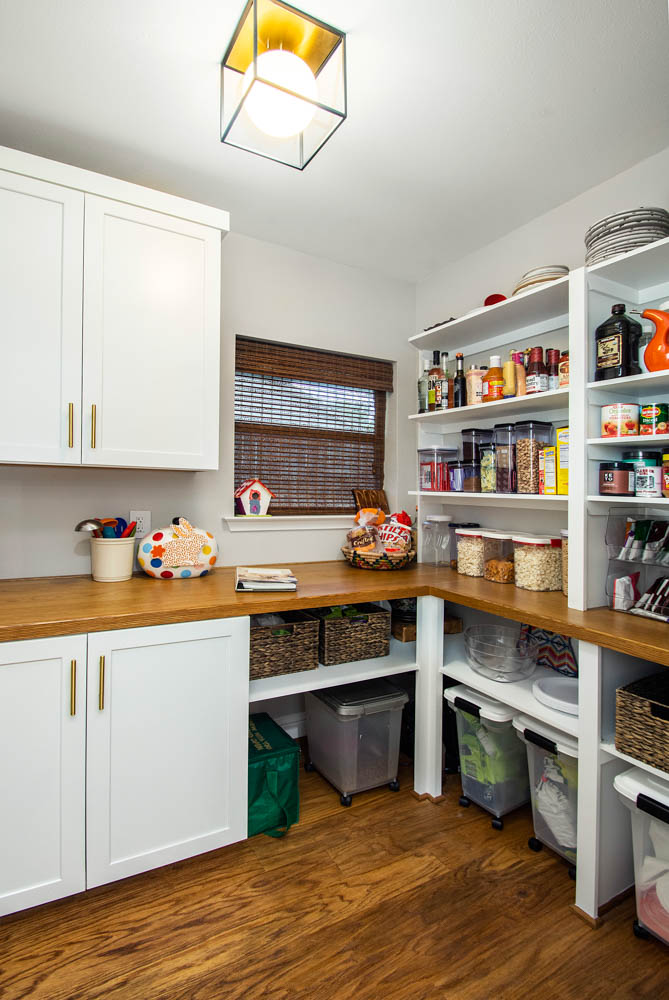 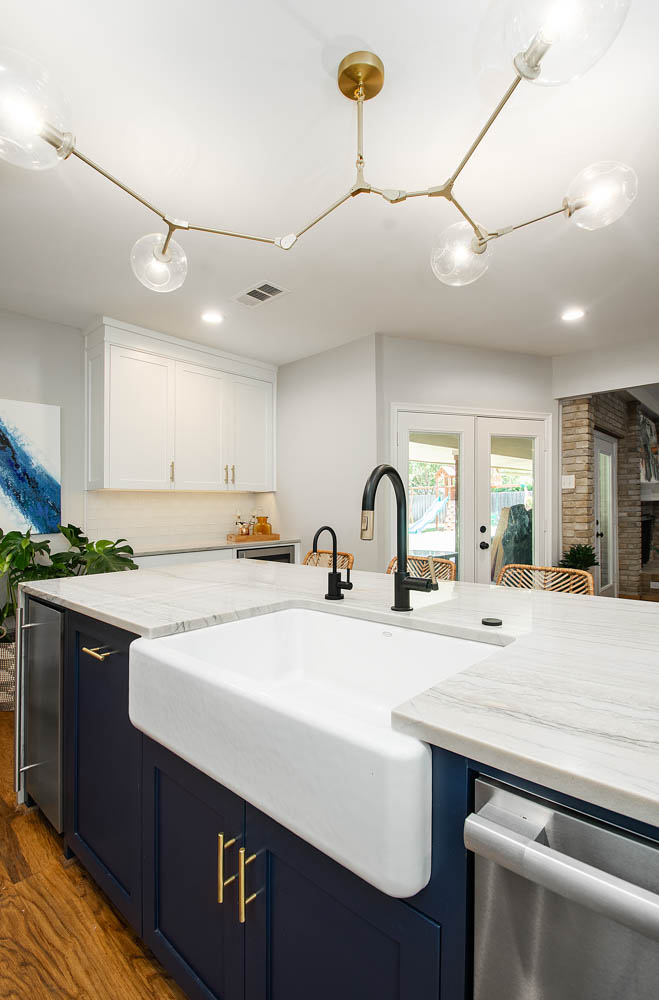 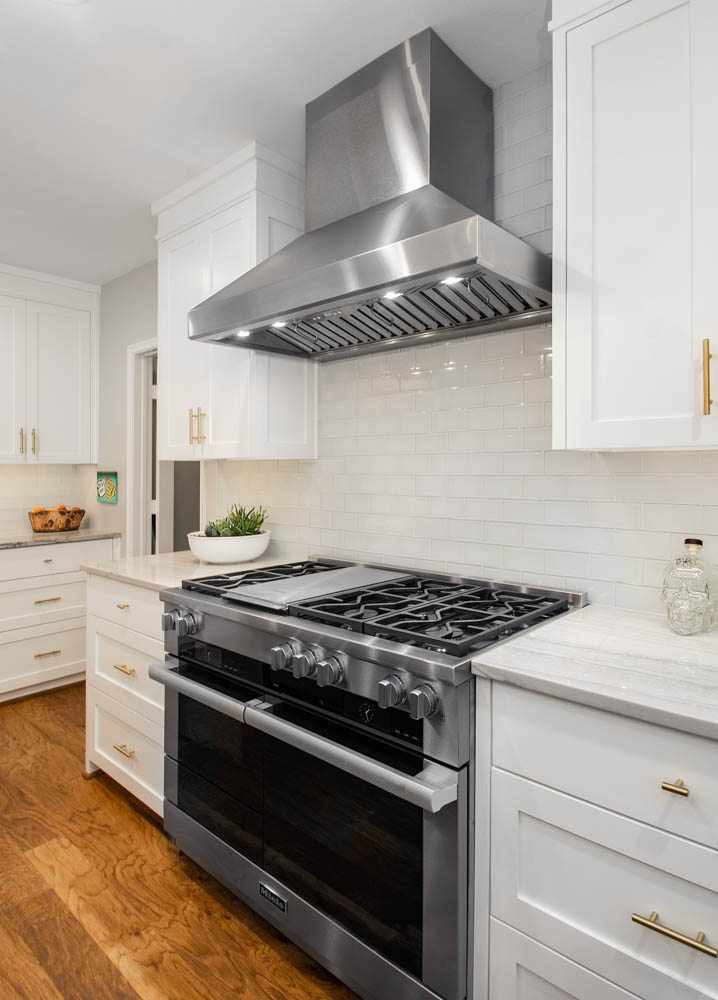 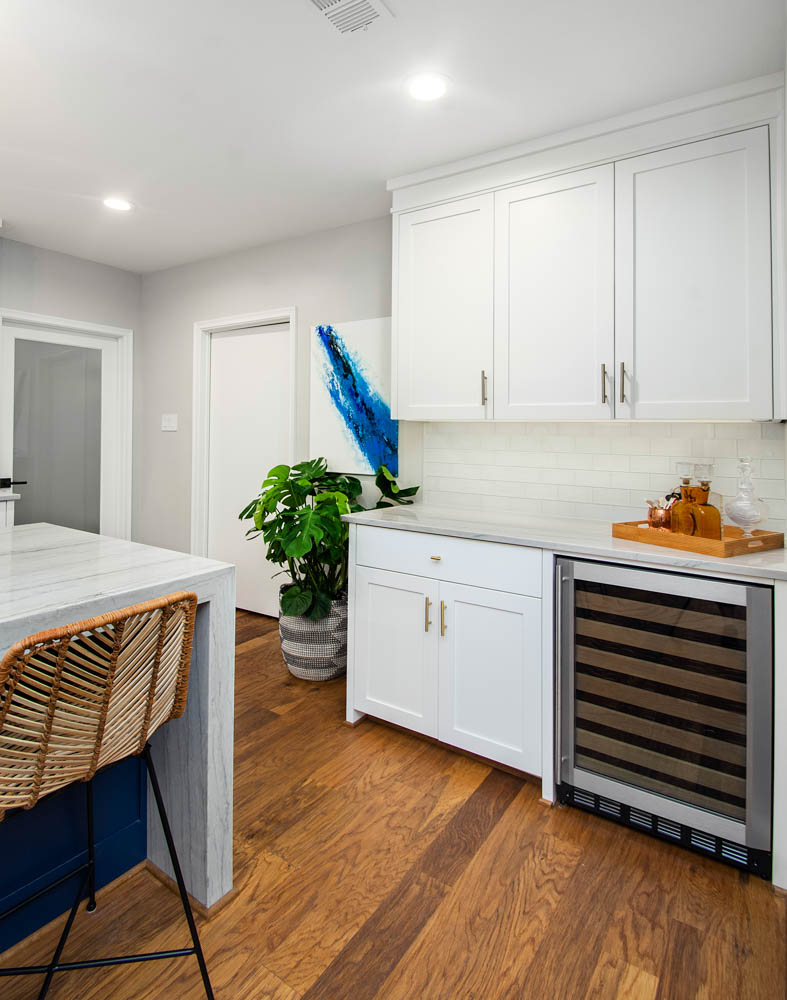 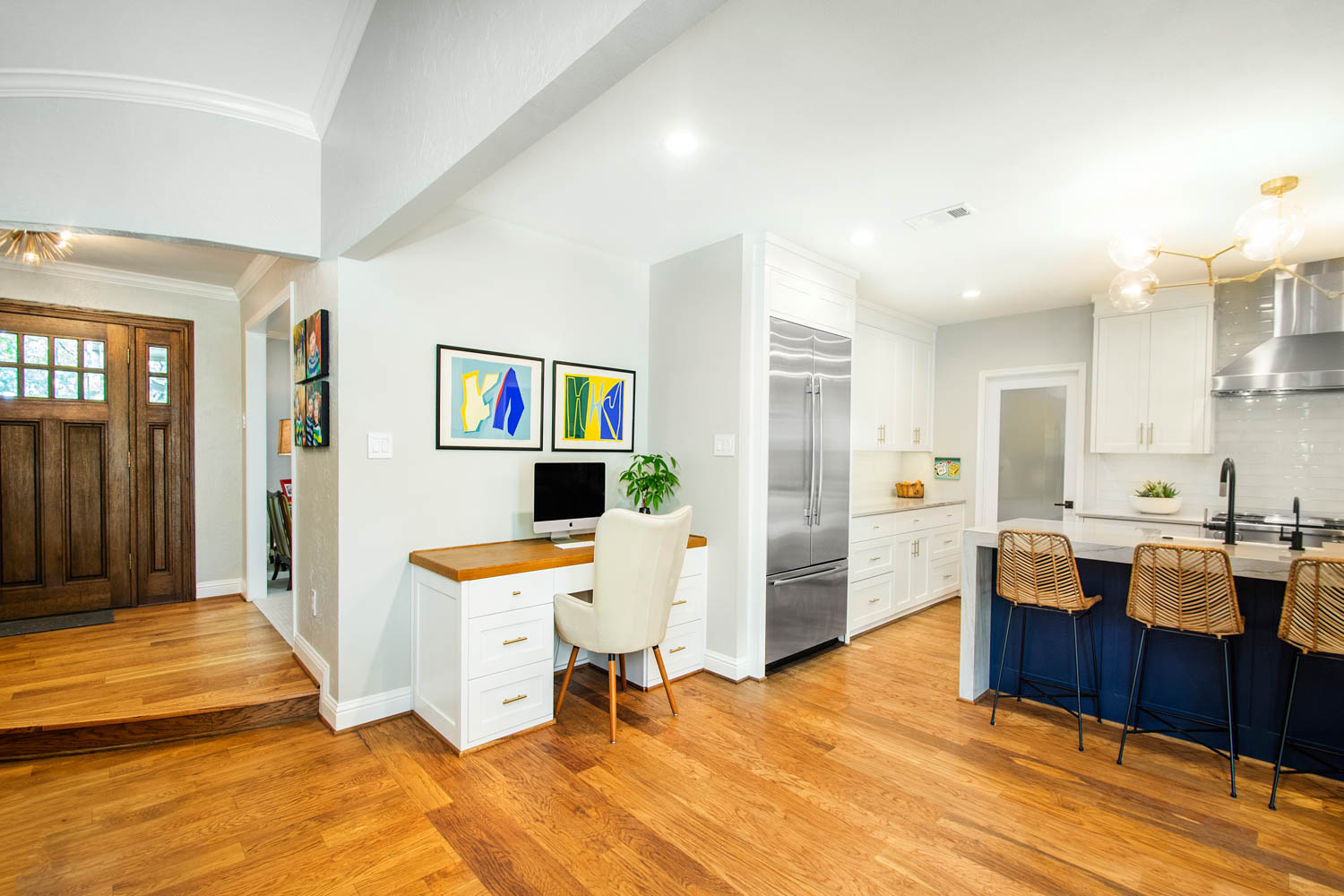 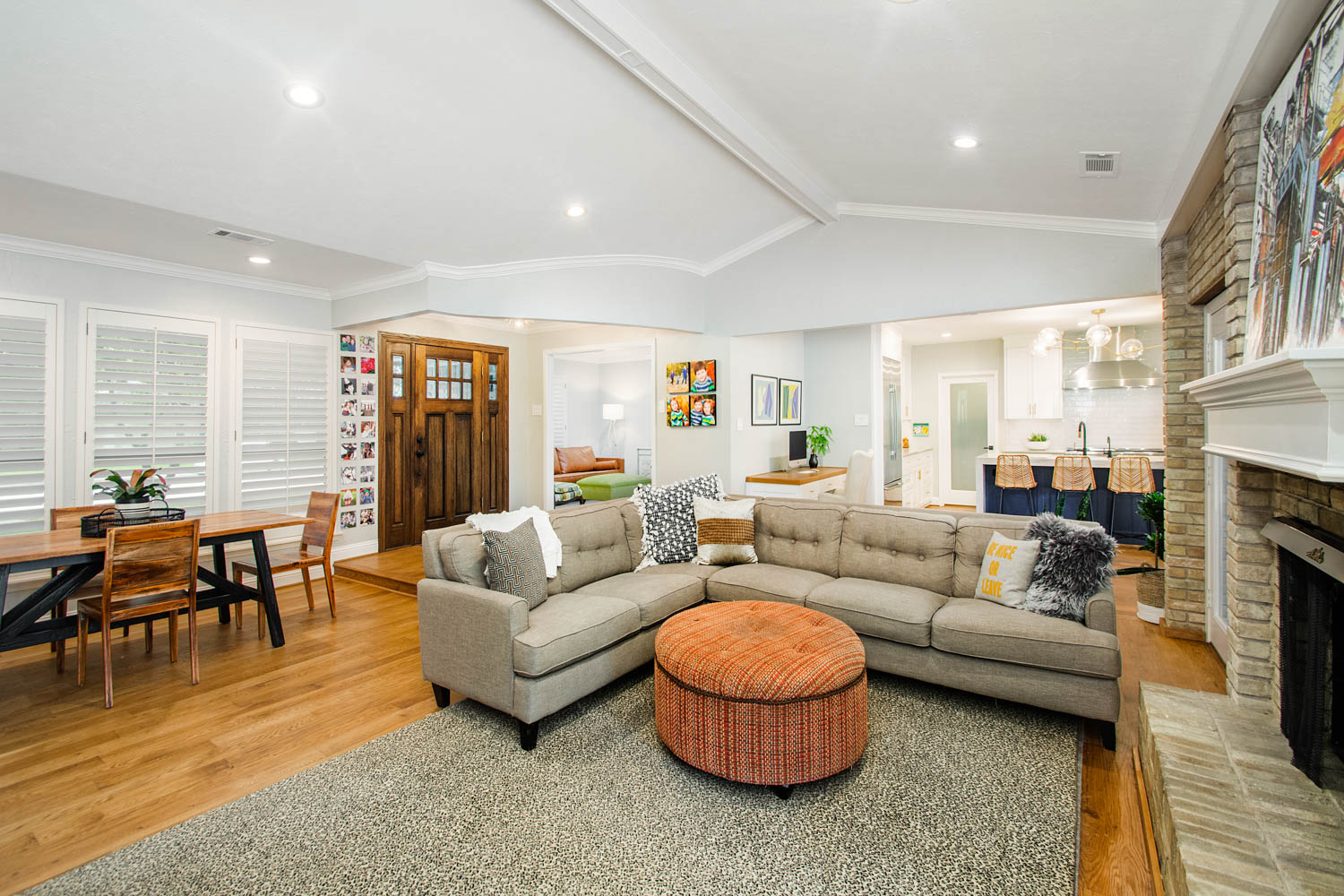 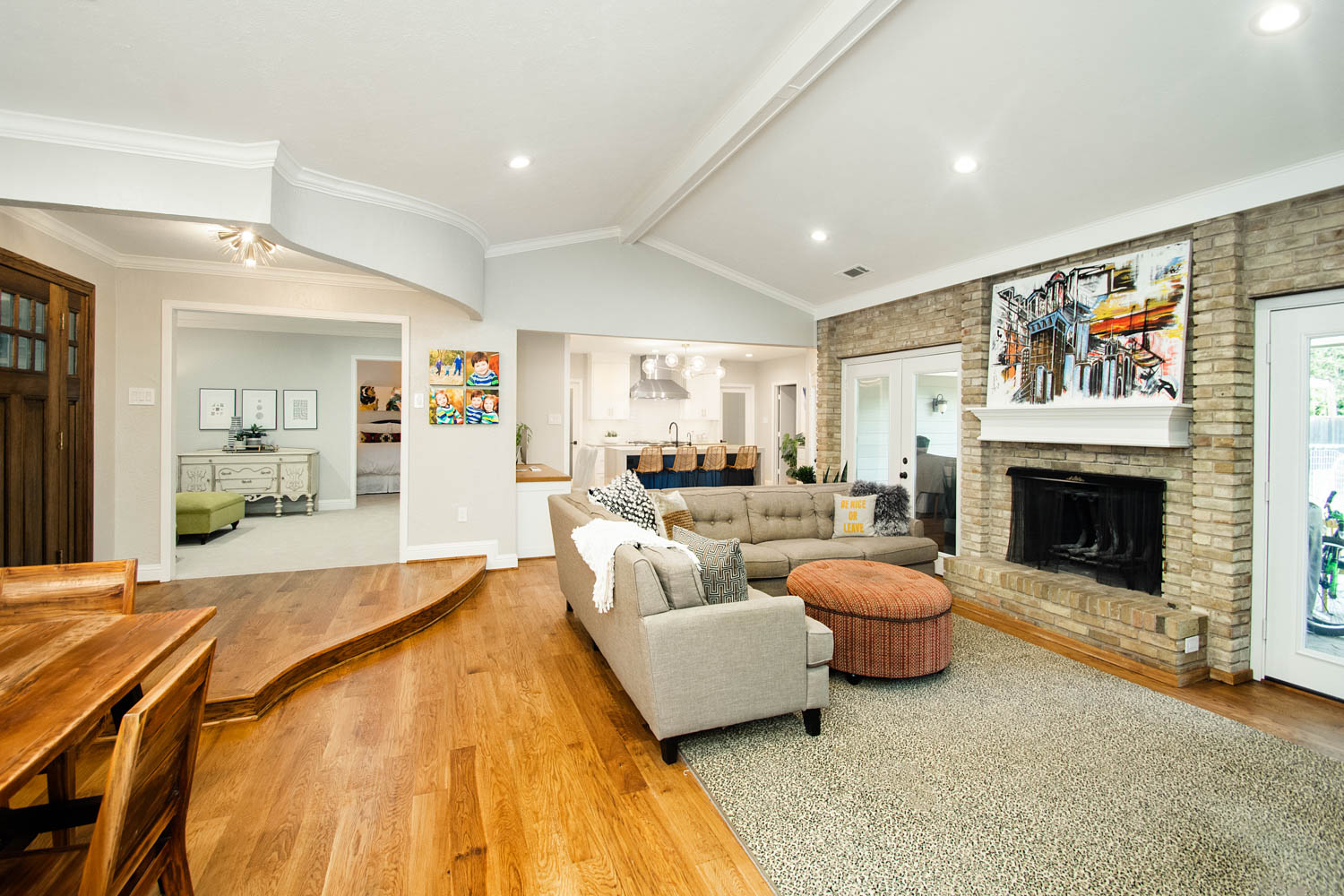 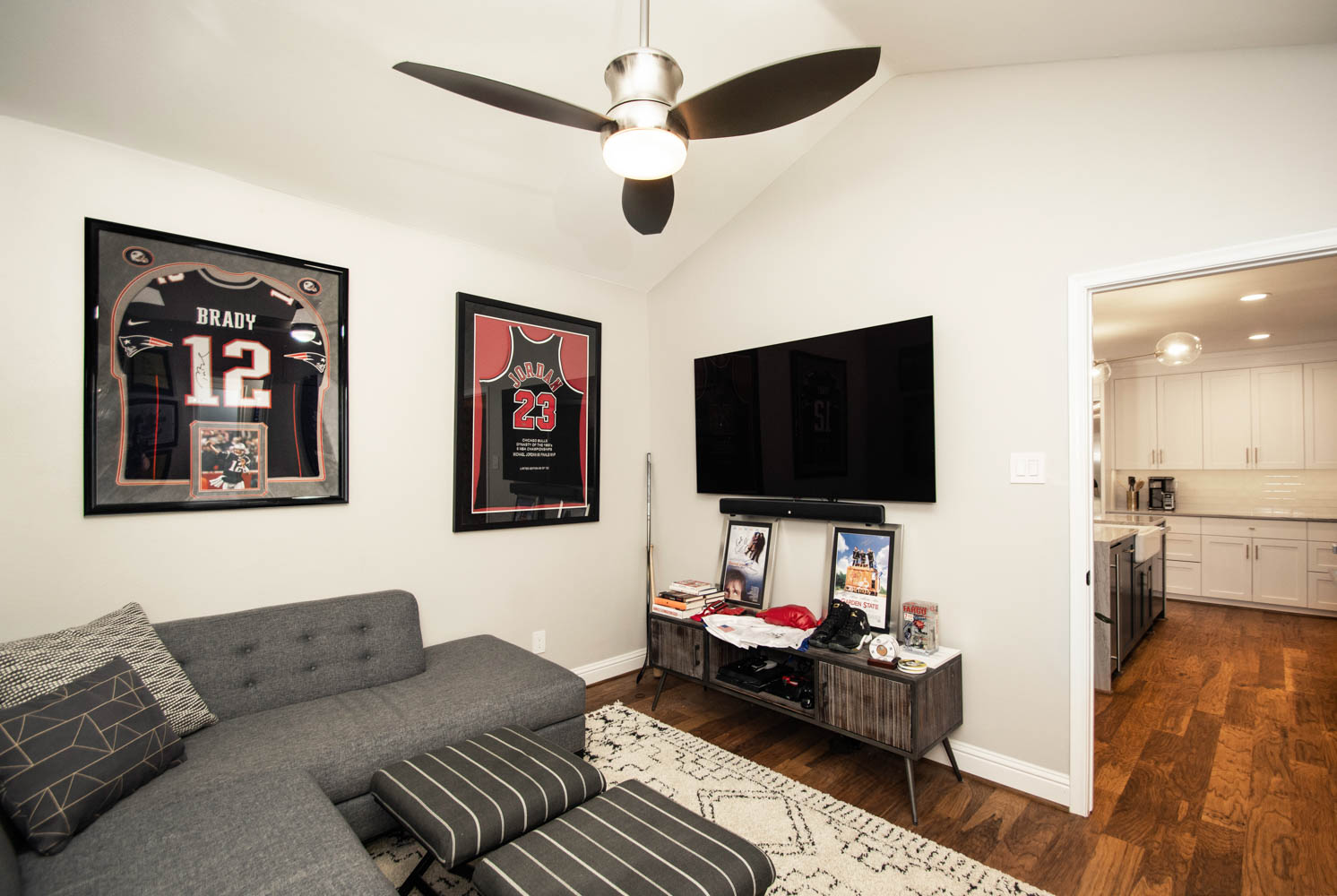 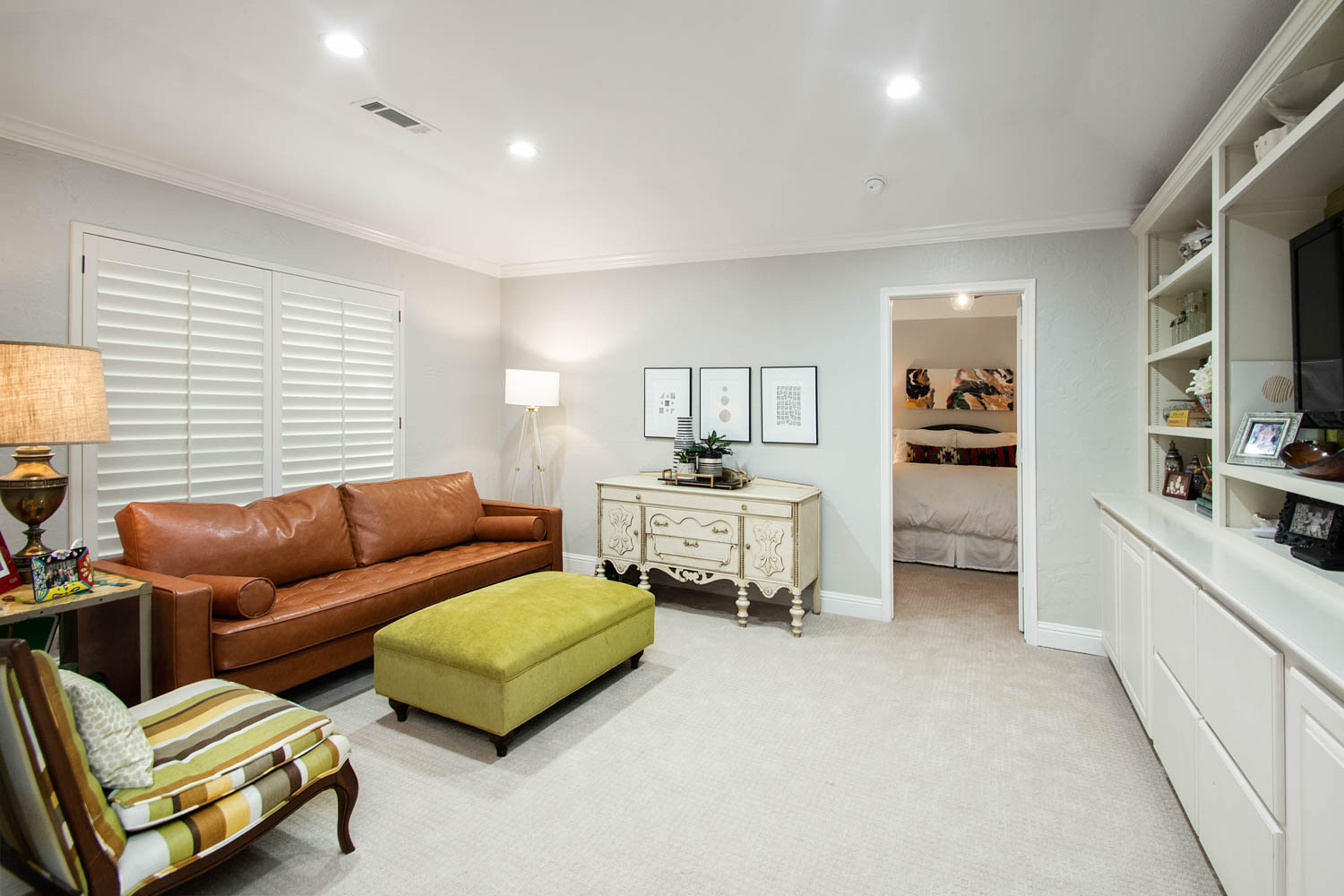 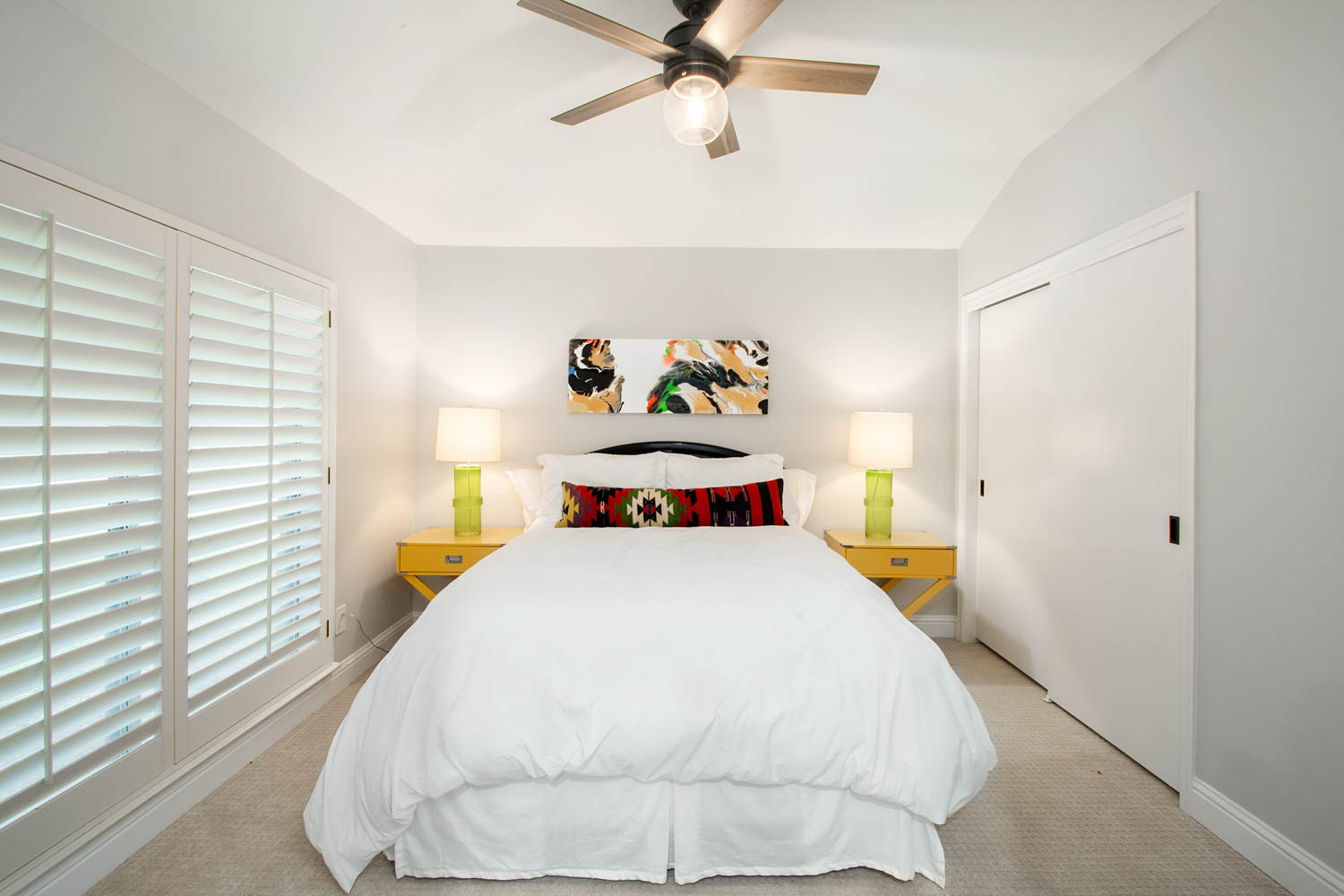 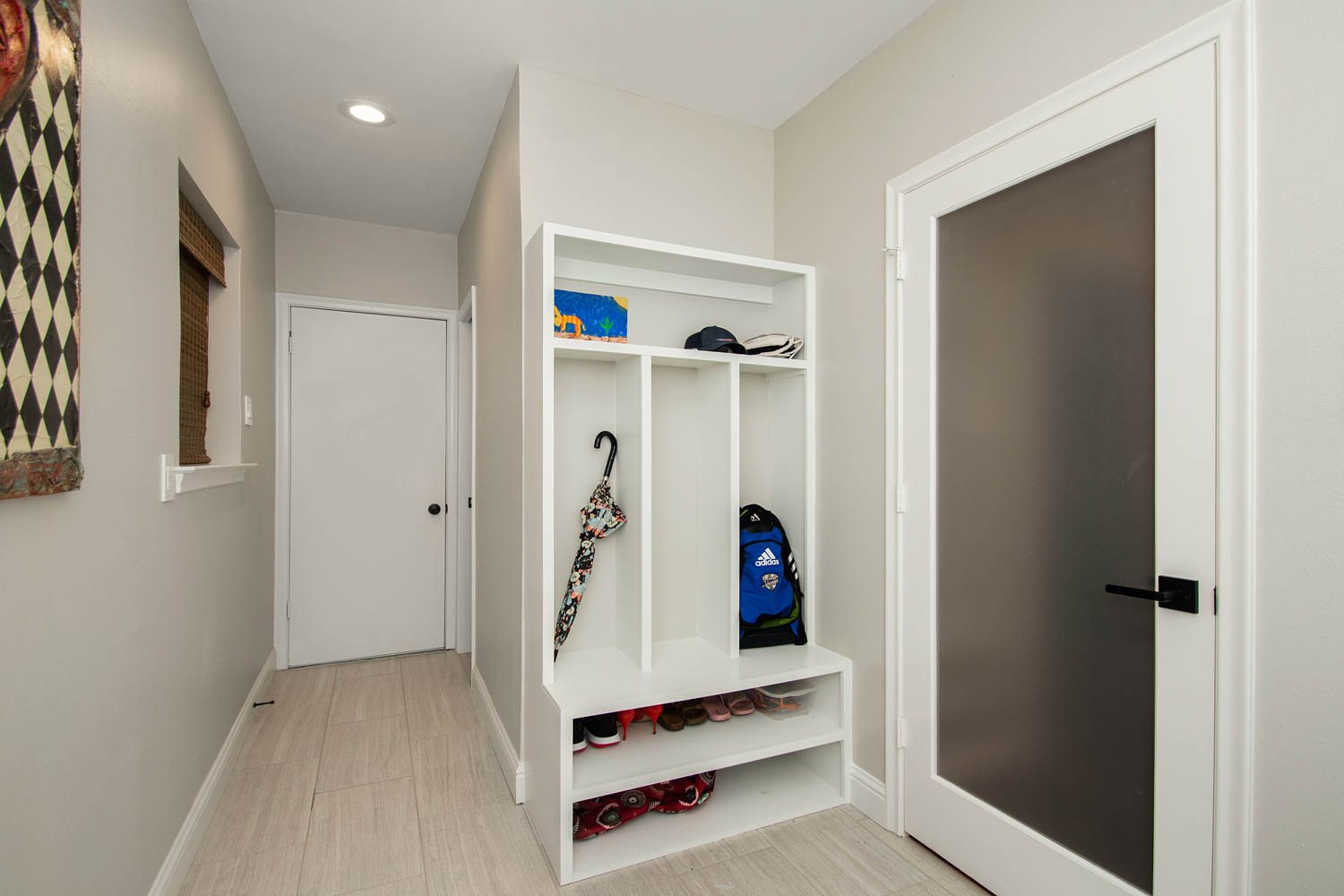 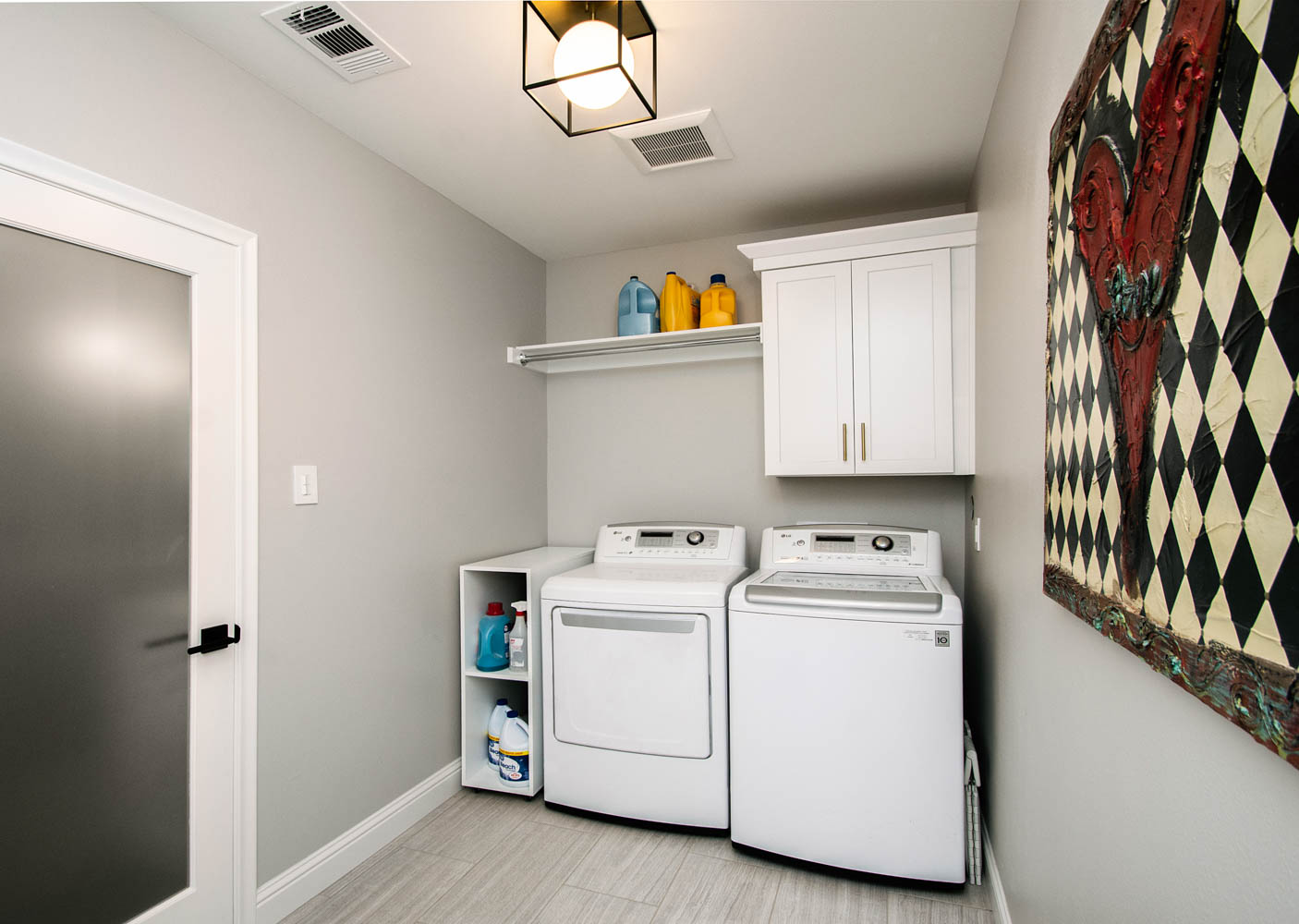