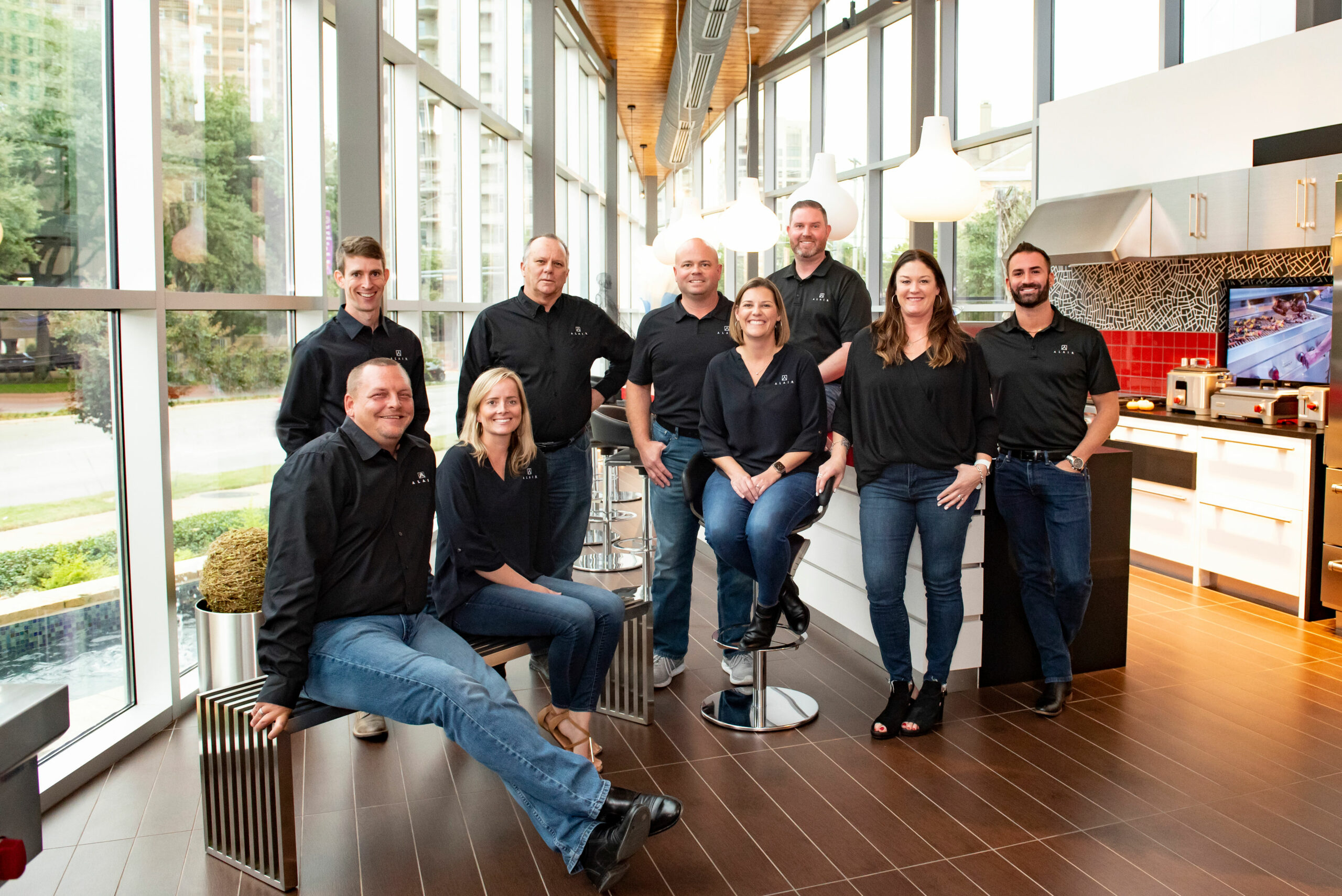 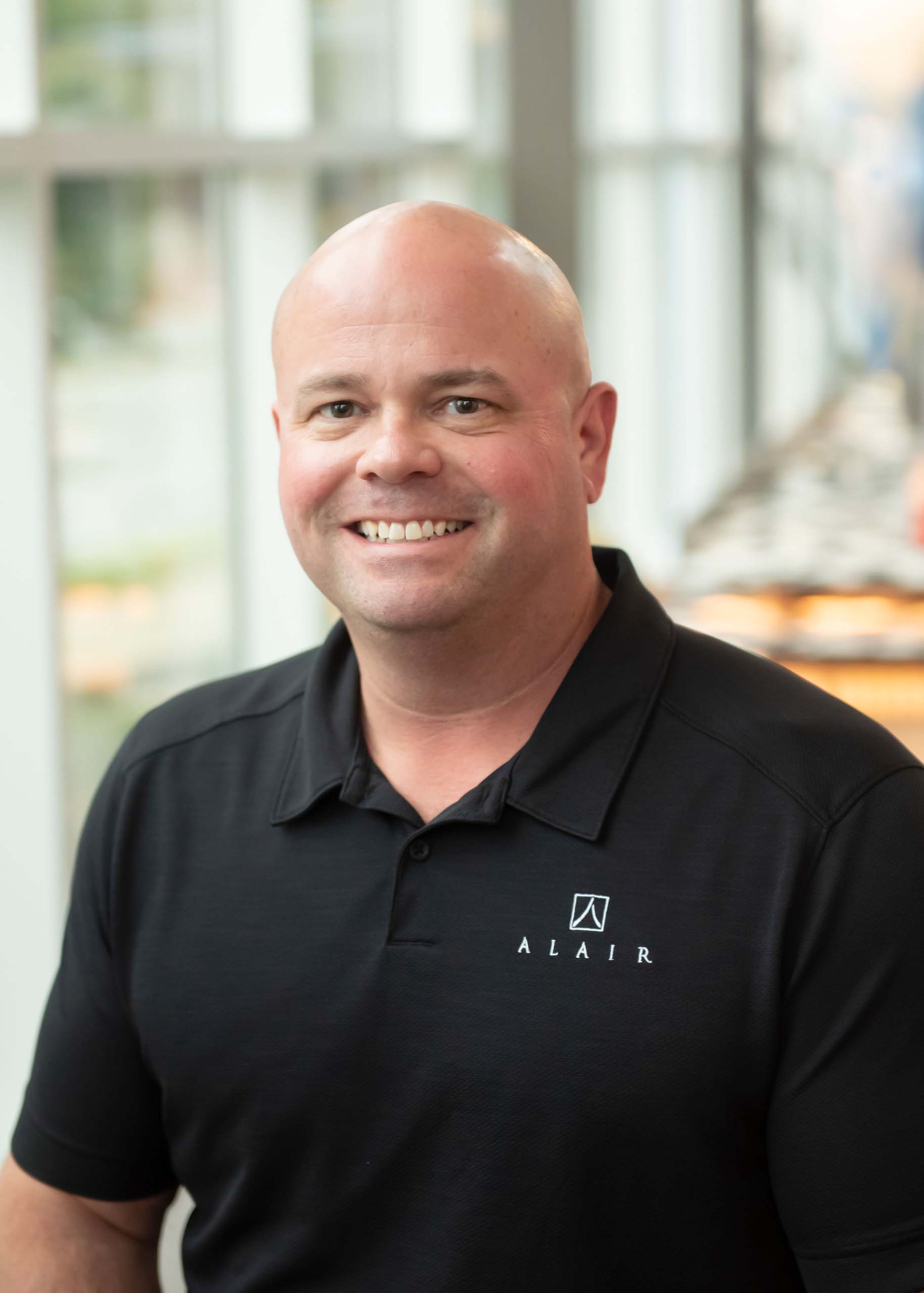 
Chad has always had a passion for building, and more importantly a passion for people and creating a better environment for those he meets. Chad has been active in the remodeling and construction industry since the year 2000. He holds a Bachelor’s in Engineering in Construction Technology from Texas Tech University. After college, he started his career in the commercial construction industry where he was a project superintendent for the largest general contractor in the United States and a project manager for a $100 million concrete contractor. He obtained his professional real estate inspector’s license and began examining 1000s of North Texas homes for residential real estate buyers all while starting up Hatfield Builders & Remodelers in 2005. He successfully led Hatfield Builders to be one of Dallas’ premier residential award-winning remodeling design-build firms for 15 years. Alongside his wife, Diane, Chad proudly joined Alair Homes where his experience, passion for customer care, and commitment to quality shine.

For 10 years Chad has been a Certified Kitchen & Bath Remodeler and now Master Certified Kitchen & Bath Remodeler certification from the National Association of the Remodeling Industry. He is also a National Association of the Remodeling Industry Certified Remodeler. He has been recognized by Professional Remodeler Magazine in 2014 as one of their 40 under 40, awarded MVP for his roundtable group at Remodelers Advantage, and inducted into the Big50 by Remodeling Magazine in 2015. 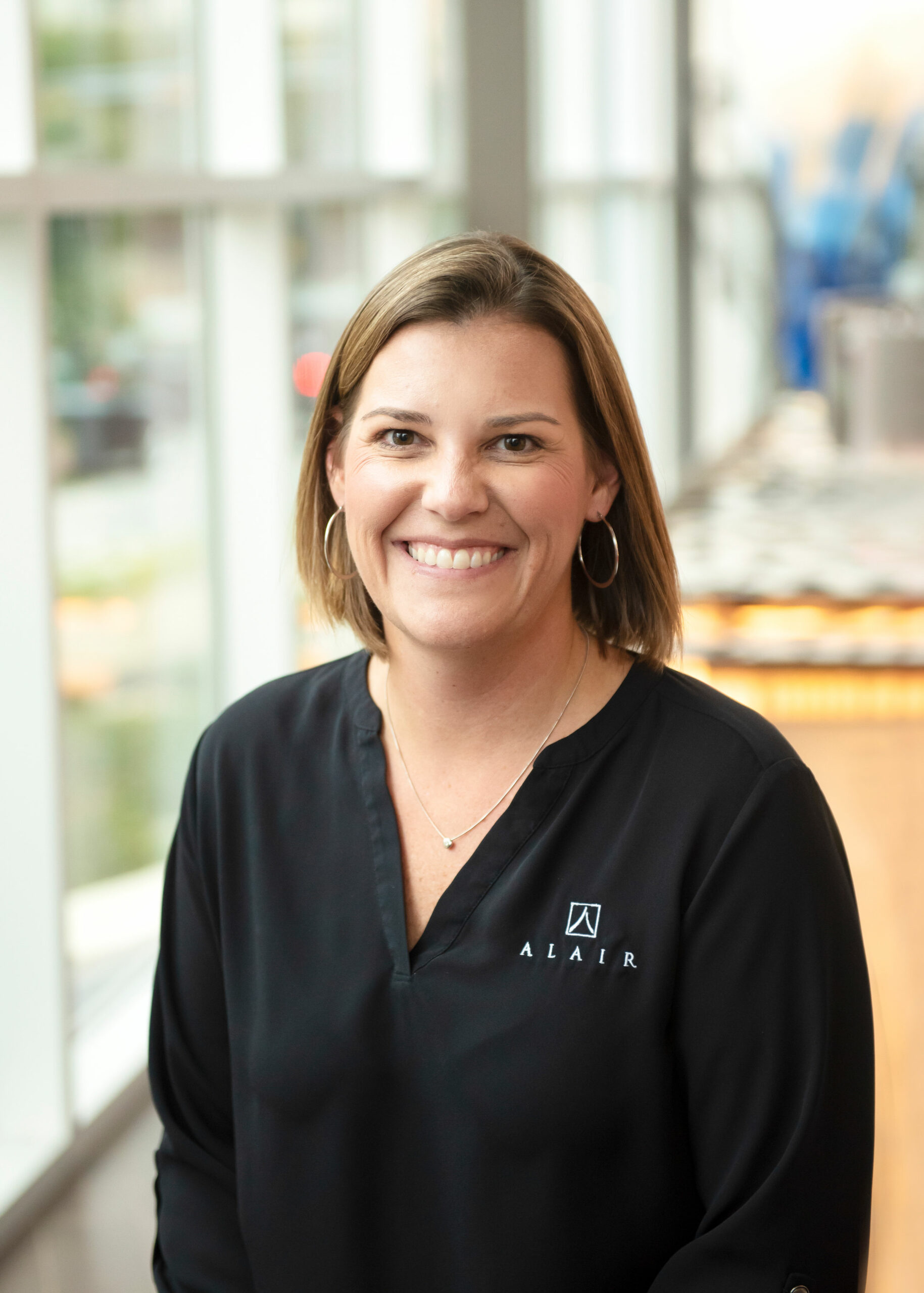 
Starting out her professional career as a Registered Nurse, Diane never dreamed that one day she would be in the remodeling industry. Fast forward to today, Diane’s passion for business and service has propelled her and her husband, Chad. In the early years, she quietly supported their legacy company, Hatfield Builders & Remodelers, on her days off from the hospital. During her nursing career, she worked critical care, surgery recovery and holds a Certification in Case Management, CCM. In 2014, she ‘retired’ from nursing to work alongside her husband, Chad, as her passion for their remodeling business grew. She loves seeing the transformations and supporting the teams that make it happen through marketing, process improvement and communication. Diane has been recognized as one of Professional Remodeler Magazine’s 40 under 40 in 2017 for her work on processes to facilitate communication. Her strength is in support of small business from HR, accounting, customer service, marketing, and almost everything in between. Diane is proud to be a part of Alair Homes where commitment to service and excellence is key. 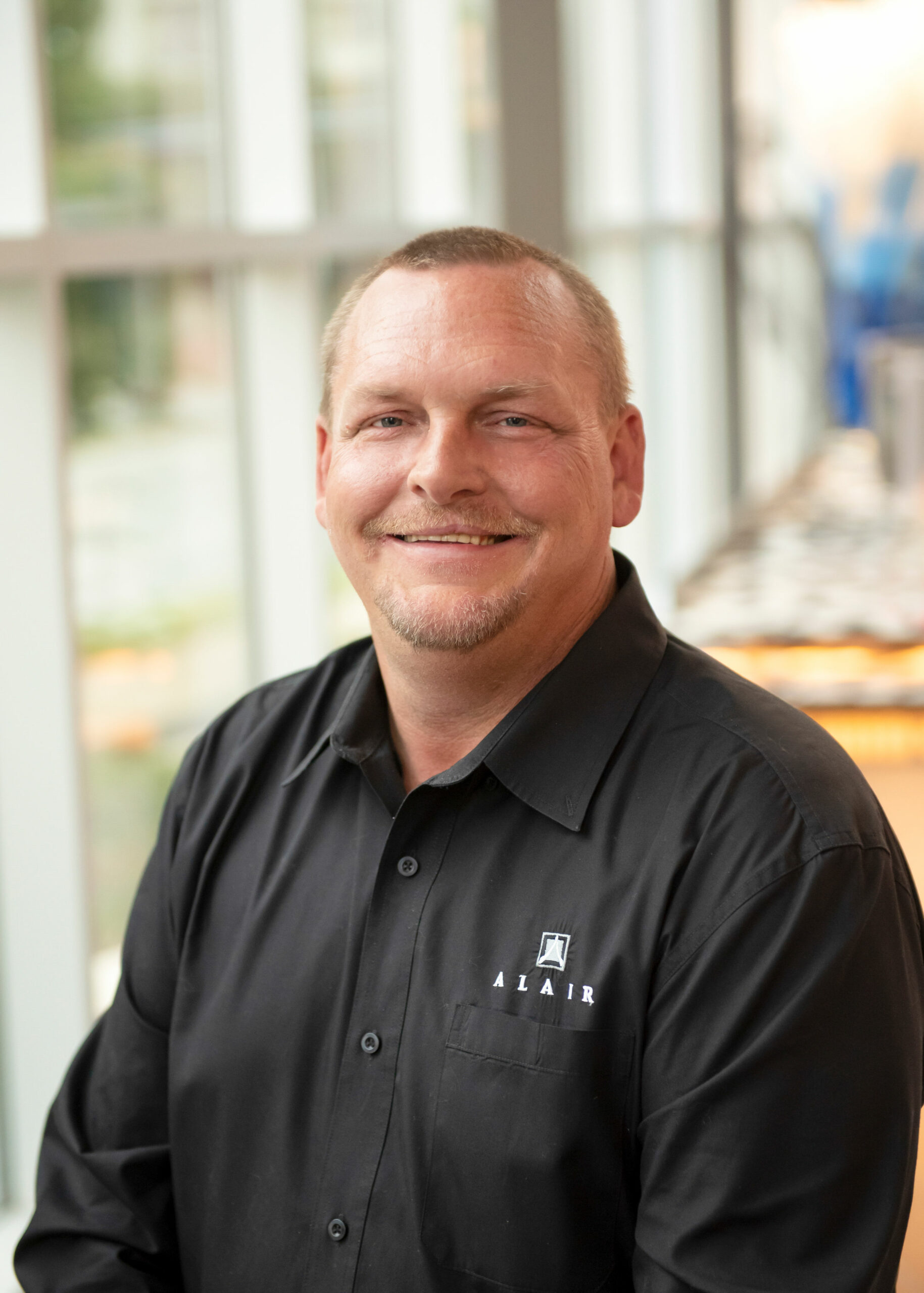 
Cody comes from a long line of carpenters. Since he was 15 years old, he worked in construction with his family during the summer, starting as a helper and moving up to a lead carpenter position at the age of 22. He eventually went out on his own and started a tile and wood installation company, which over time became a kitchen/bathroom design and remodeling company. He then worked as a Project Manager in the remodeling industry for several years before becoming the Design Manager at Hatfield Builders. As the Design Manager, Cody reviewed all of the drawings and designs to ensure the accuracy and feasibility of each project. He worked closely with clients before, during and after construction, to ensure that the scope of work and expectations were clear and understood. Cody definitely has what it takes to takes to walk our clients through their projects. In his spare time, he enjoys spending time with his wife and two daughters camping and just hanging out, as well as woodworking and turning pens on the Lathe. 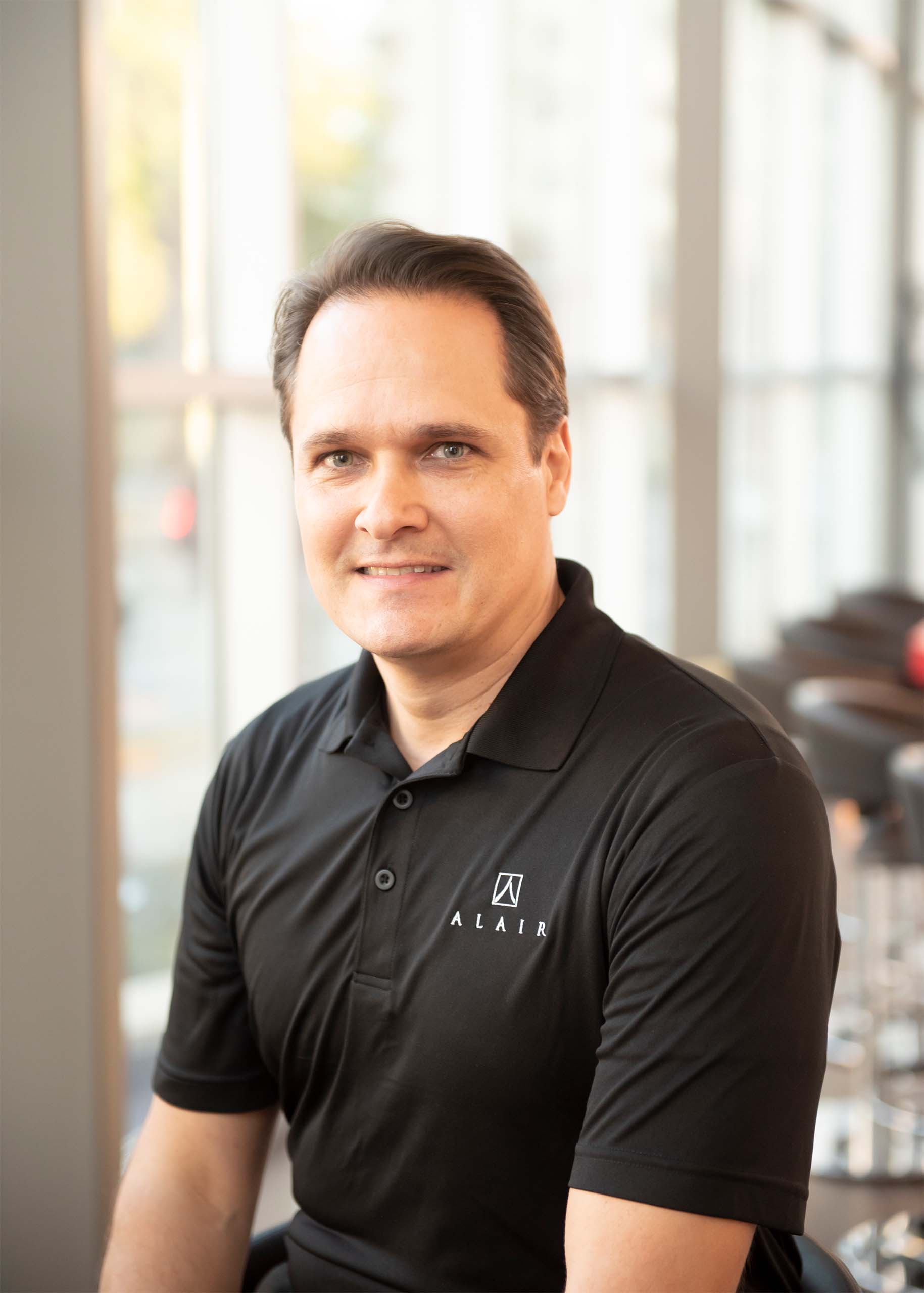 
Gaston is an entrepreneur and a connector. He has a very versatile background. Upon graduating from Texas A&M he moved to Mexico and worked in his families ranching and farming business, breeding Portuguese Lusitano horses and following in his fathers footsteps to become the number one ranked professional bullfighter on horseback (Rejoneador). Upon retiring from his professional athlete career, he became the director of the federal department of agriculture of Mexico for the state of San Luis Potosi. He has done consulting for several technology companies on a global scale and is very enthusiastic about how the Alair process can positively influence the experience of families that set out to change their living environment. 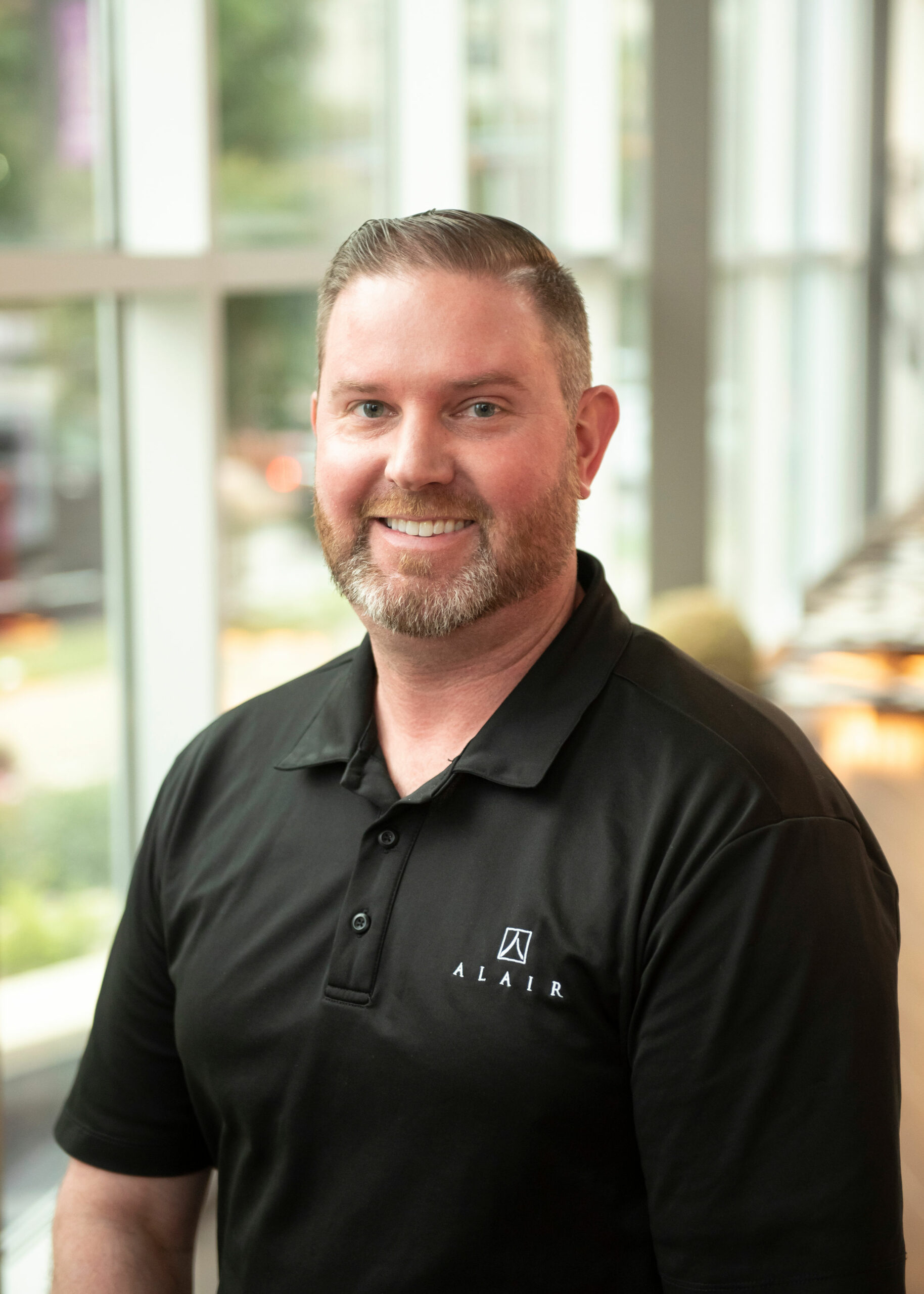 
Jakes comes from a family of custom builders so it was inevitable that he would eventually work in the industry as well.  After graduating from Texas State University, Jake went to work for his father to learn the family business.  After working as a Project Manager for two years he started his own custom home building company while continuing to work as a Project Manager.  After things started to slow down during the 2008 recession Jake decided to try his hand in the wholesale distribution industry.  What was meant to be temporary until things picked back up turned into an 11 ½ year career as an Operations Manager and Branch Manager for multiple distribution hubs where he really learned to hone his management and customer service skills.  With that skill set, it was time to get back into the construction industry where he was looking for a company that aligned with his values of honesty, integrity, quality, and superior customer service.  After speaking with multiple Alair team members it was a mutual decision that this was the right fit.  In his spare time, Jake enjoys working in his garden, cooking, live music, and spending quality time with his friends and family. 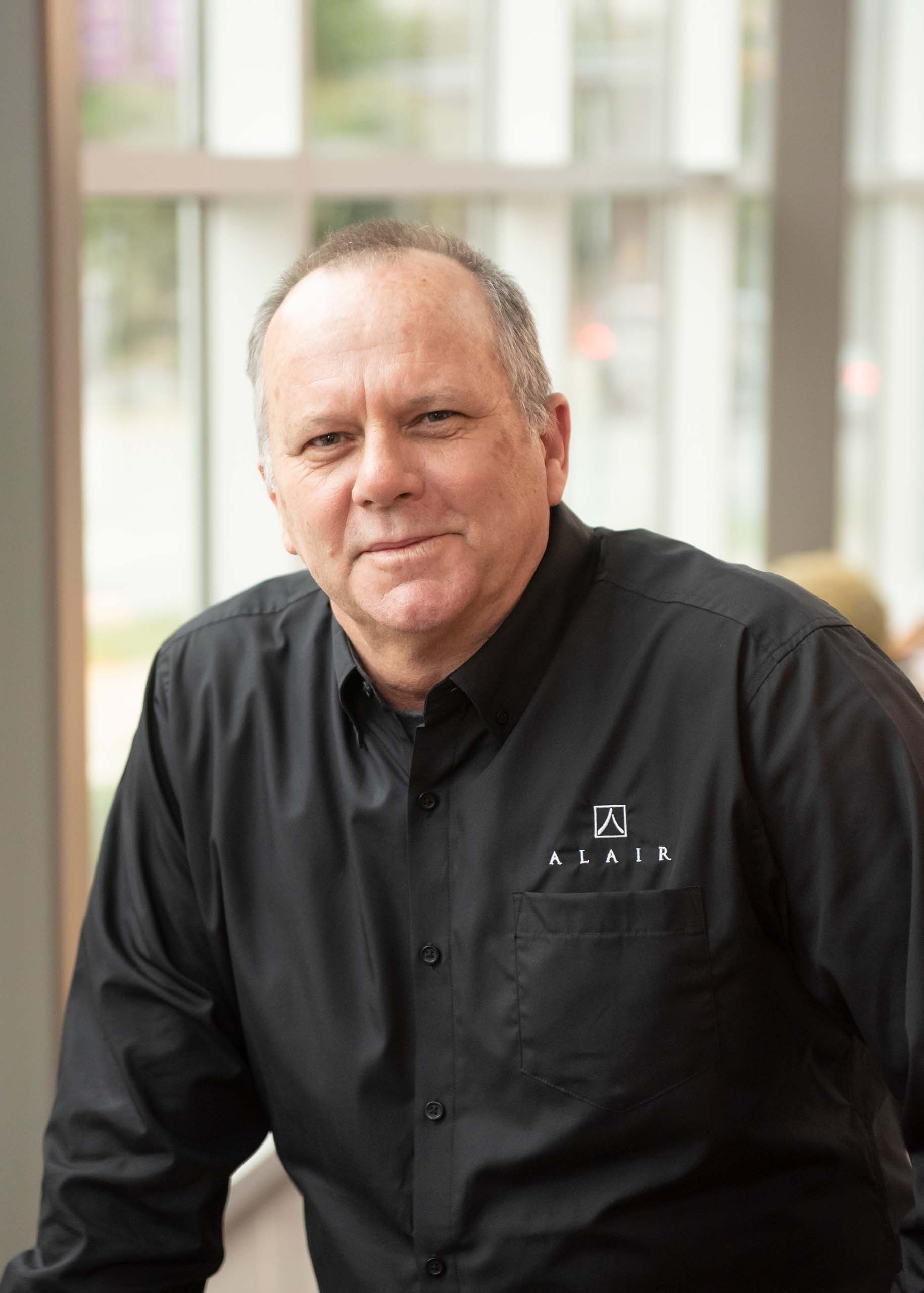 
With over 35 years in the residential remodeling business, Mark is a skilled and conscientious project manager with extensive hands-on experience in carpentry, tile setting, sheet-rocking, and painting. After serving in the military as an Army helicopter mechanic, Mark moved to Dallas to work for his father's commercial development company as a site planner, developing regional shopping malls and strip centers. Son of a civil engineer/developer, his family moved from Australia to Richmond, VA, and then onto New York. It was there, in Westchester County, where he observed firsthand, truly magnificent homes, which piqued his interest in residential construction and design, which is when he decided to attend The Parsons School of Design. Later, he moved to Dallas flipping houses on lower Greenville and Munger Place historic district long before it was popular on HGTV. He has owned his own general contracting and tile installation companies throughout the Midwest and then moved back to Dallas, where he added installing residential elevators to his toolbox, where he quickly became the "go-to" contractor for a national elevator company. After 35 years of extensive hands-on remodeling, he decided to focus on project management. When not working, Mark enjoys traveling, riding his motorcycle, and spending time with Magdalena (his wife of over 30 years) and their dog, June. 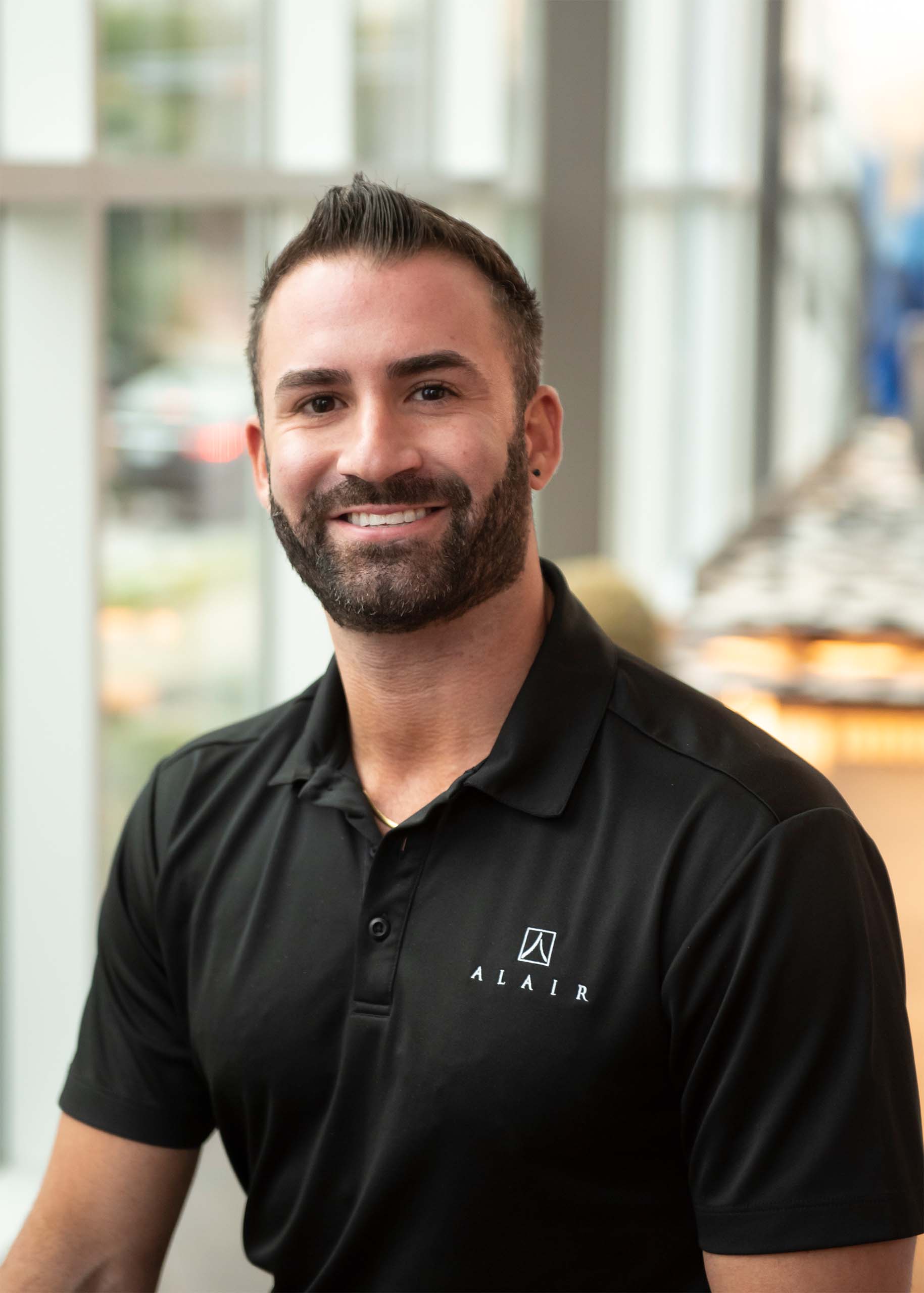 
When hired, Charles had minimal experience on a job site but due to his eagerness to learn, he has quickly grown into a knowledgeable and trusted project manager on our team and has delivered some fantastic project results for our clients. Previously he was with Urban Infill Townhouse Developer, where he was originally hired to lead their marketing team, but eventually settled into a project management role. Charles has always been interested in home remodeling, construction, and design. He uses his never-quit mentality and his positive attitude to encourage others around him to work hard and succeed. Charles was born and raised in Jacksonville, FL. After high school, he went to Trinity Valley Community College and Hawaii Pacific University, where he earned his bachelor's degree in Business Management. He was a studentathlete all four years, competing at a national level and winning multiple collegiate national titles as a cheerleader. In his free time, Charles enjoys spending time with friends and family and any outdoor activity. 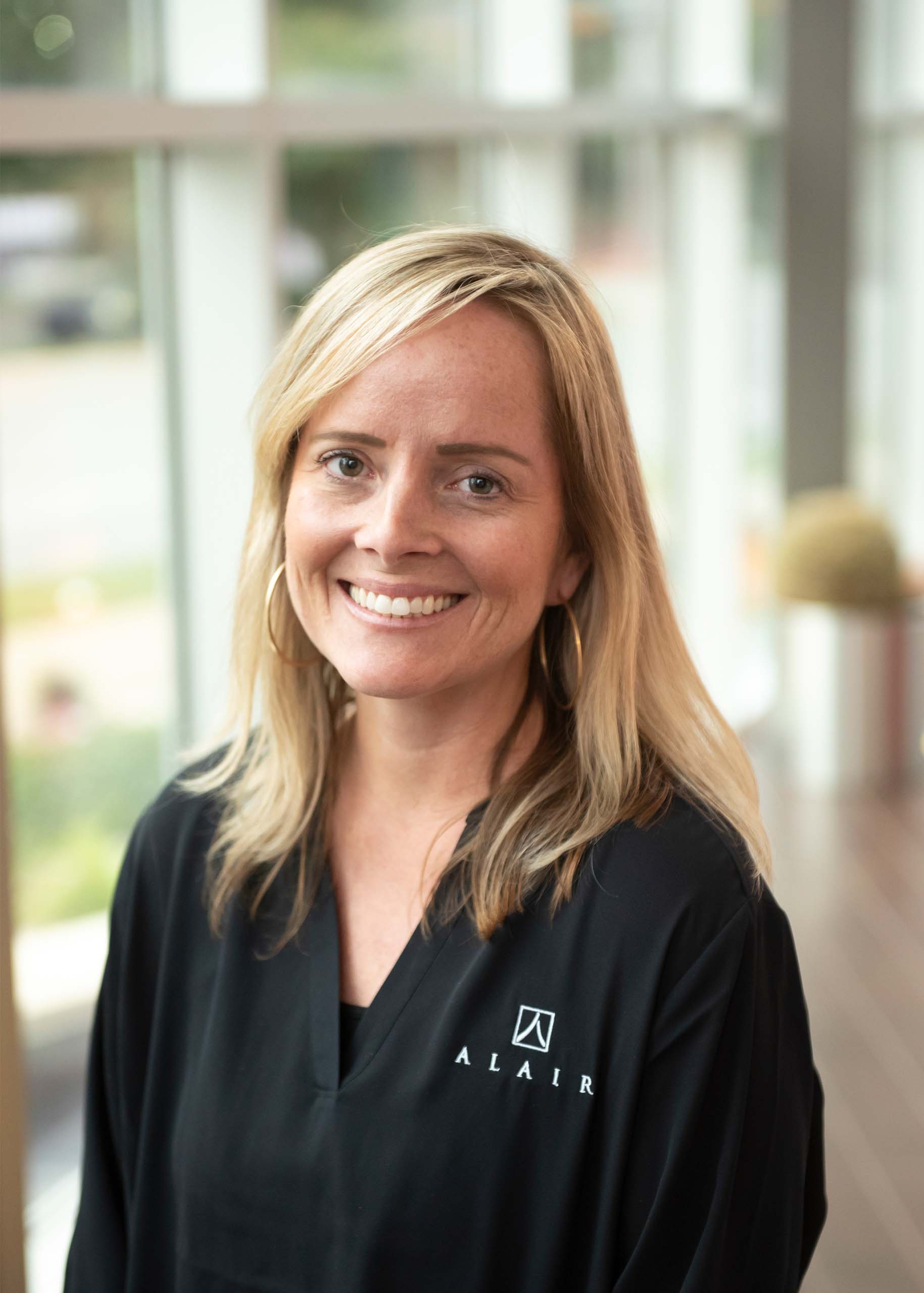 
Shannon is a graduate of Vanguard University of Southern California and holds a Bachelor of Arts in Business. She spent a decade in communications and development with a not-for-profit organization. She worked for a Financial Management company helping support financial advisors and developing business processes for Administrative Assistants. She is detail-oriented, organized, with an eagerness to learn and grow professionally and personally. She enjoys connecting with people, building relationships, and supporting others. Shannon is excited to be a part of the Alair Homes family. In her spare time, Shannon loves spending time with her husband of 20 years, three amazing kids, and one giant dog. She enjoys running, reading, visiting family on the beautiful Pacific coast and is a proud citizen of the Muskogee Nation.