This gorgeous Dallas house, built in 1959, had great bones but was now too closed off and dark for this family’s current active lifestyle. It is in the Disney Streets neighborhood of Midway Hills, located in northwest Dallas. They had an outdated entry, as well as a formal living and dining area, which were hardly used as such. Their kids were getting older, so they were constantly coming and going, usually with a friend or two, and the homeowners like to entertain. They wanted to open the space to create a better flow and functionality, while keeping a separate seating area. They also wanted to add a bar since they often entertain. For their more traditional-style furniture, they wanted to make an update to create more of a transitional or mid-century-modern-style space.

We started by completely removing the wall between the formal living and formal dining space and enlarging the opening between the formal living and the main living room. We also removed a built-in desk and the fur down in the main living room. Then, we removed the window to the left of the fireplace and added a new entrance into the master suite corridor.

Our clients love their new space to entertain friends, or just sit back and relax. 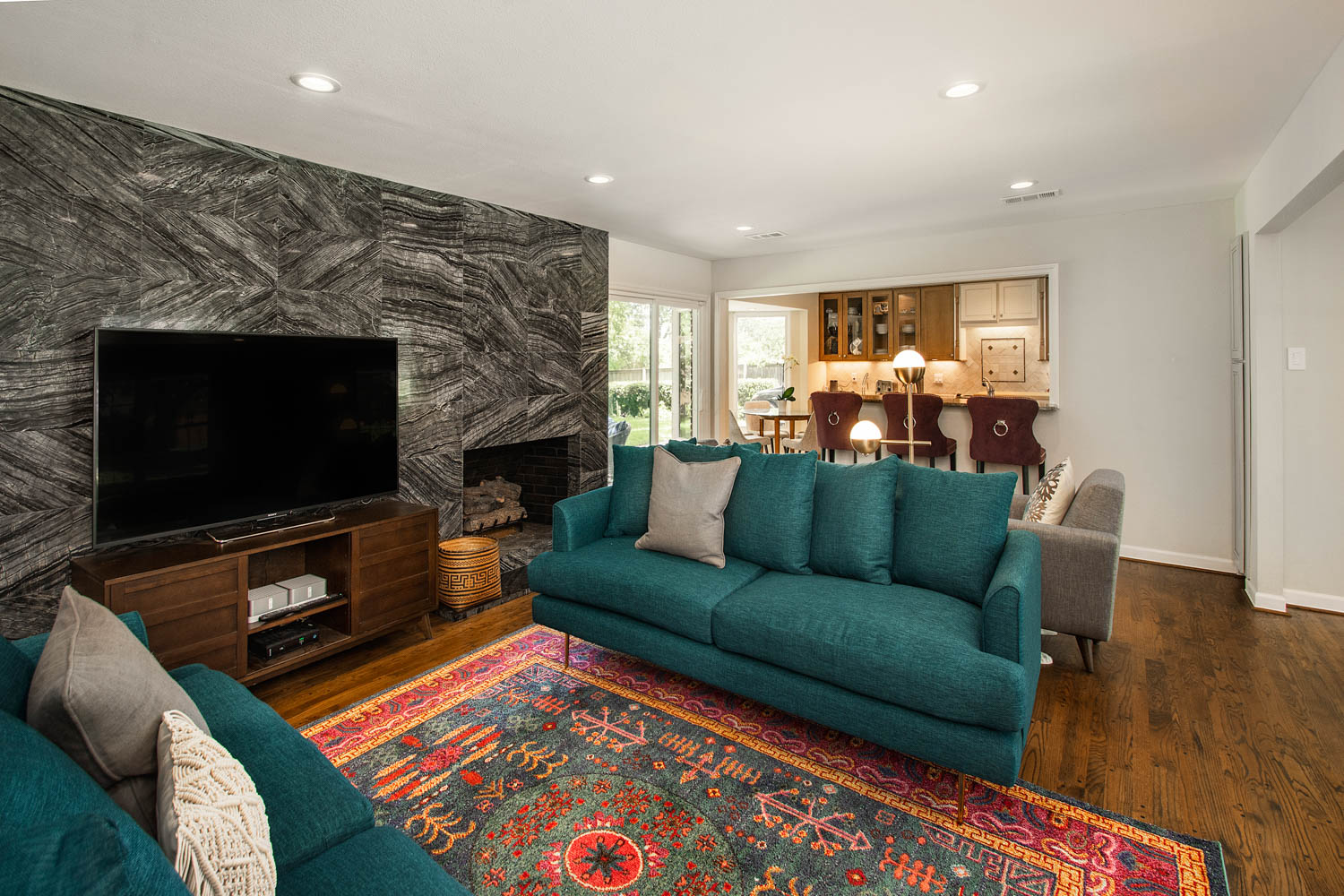 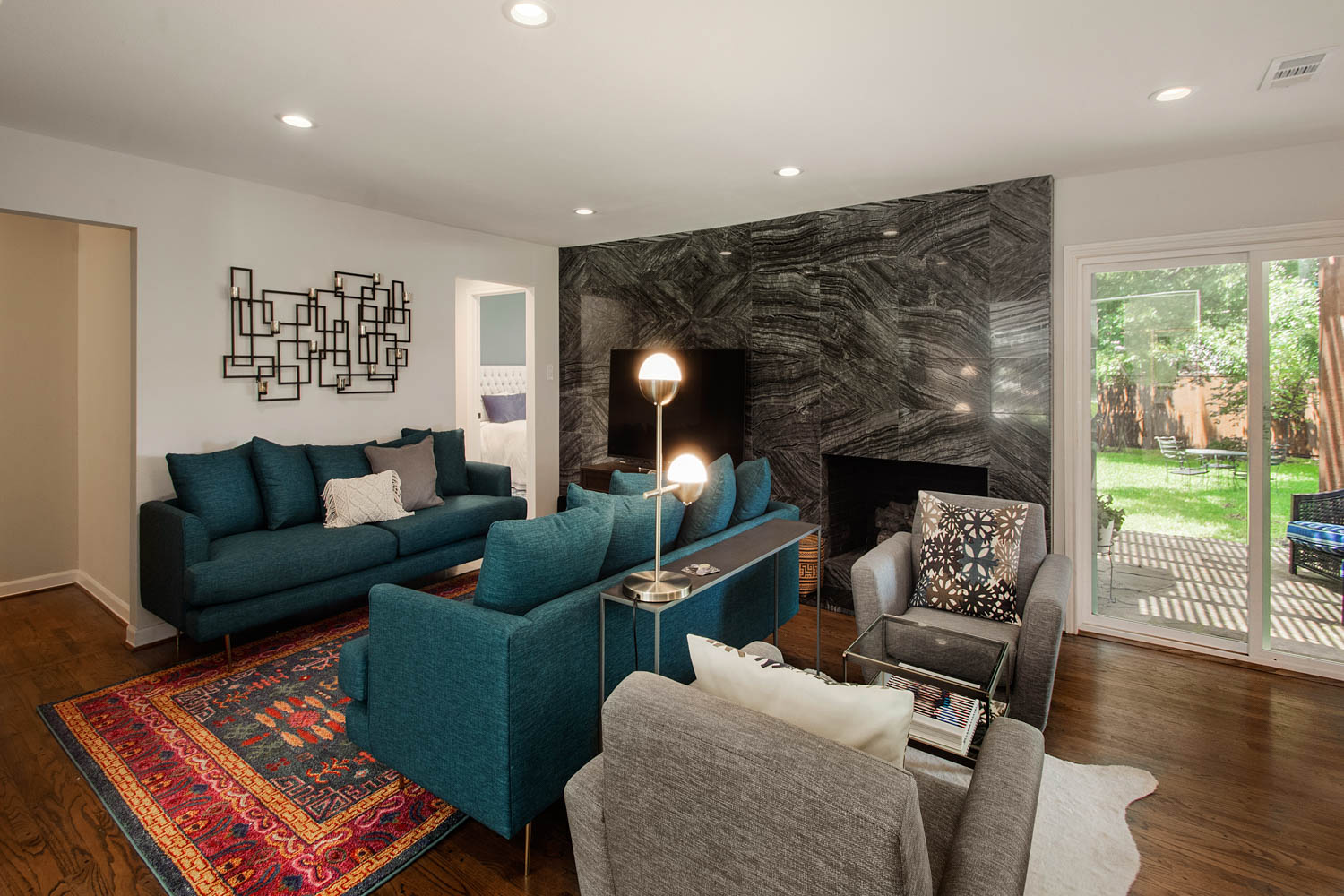 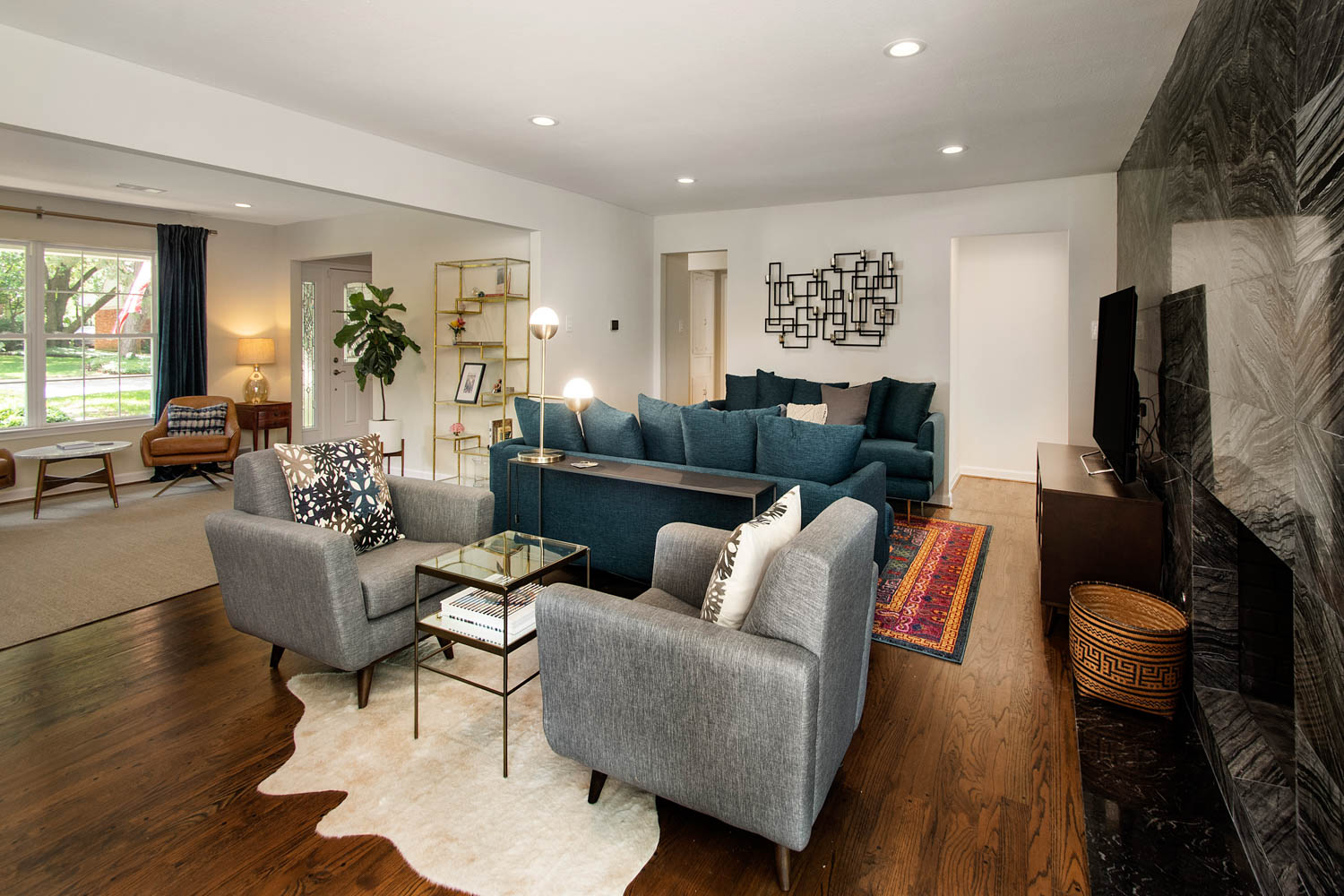 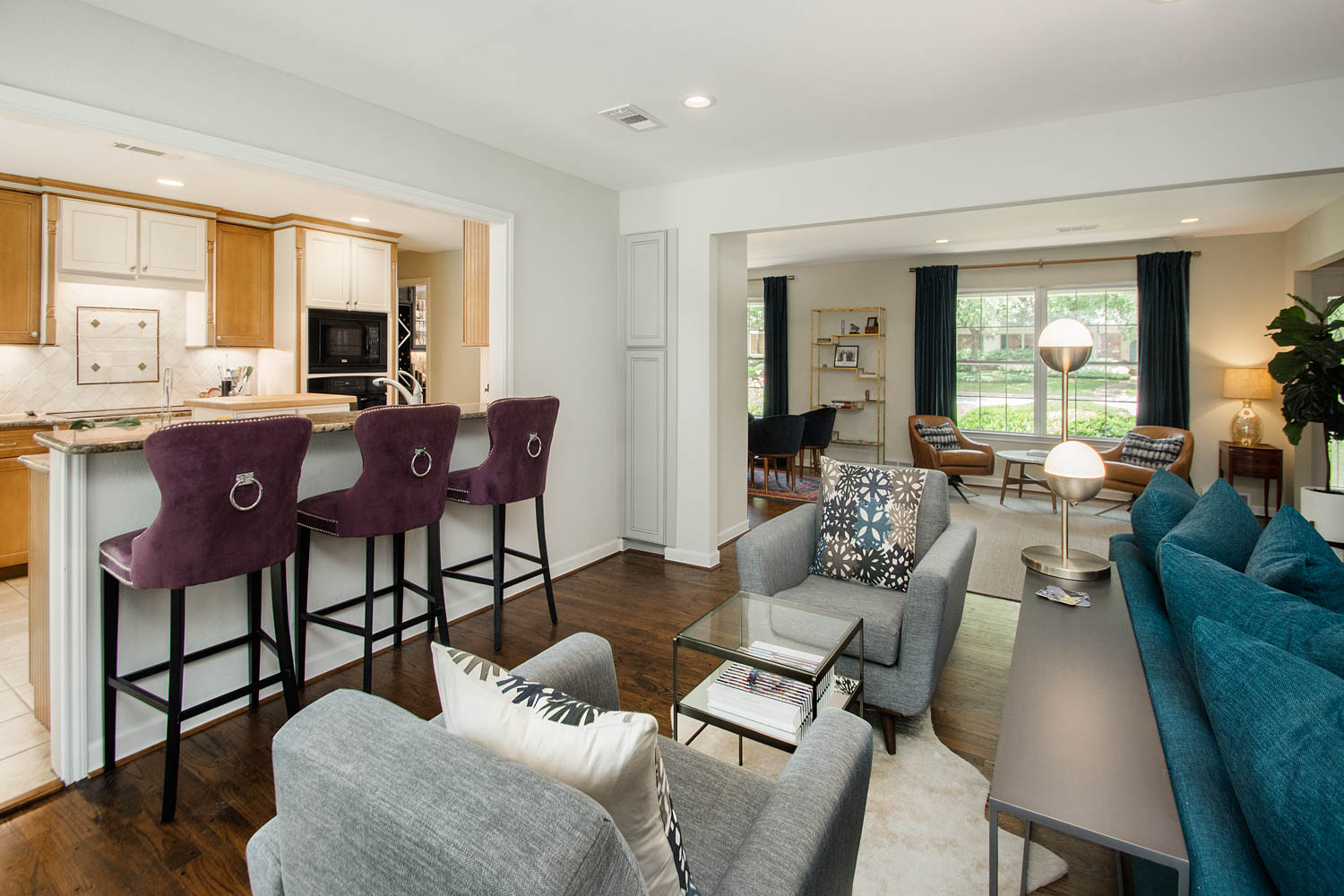 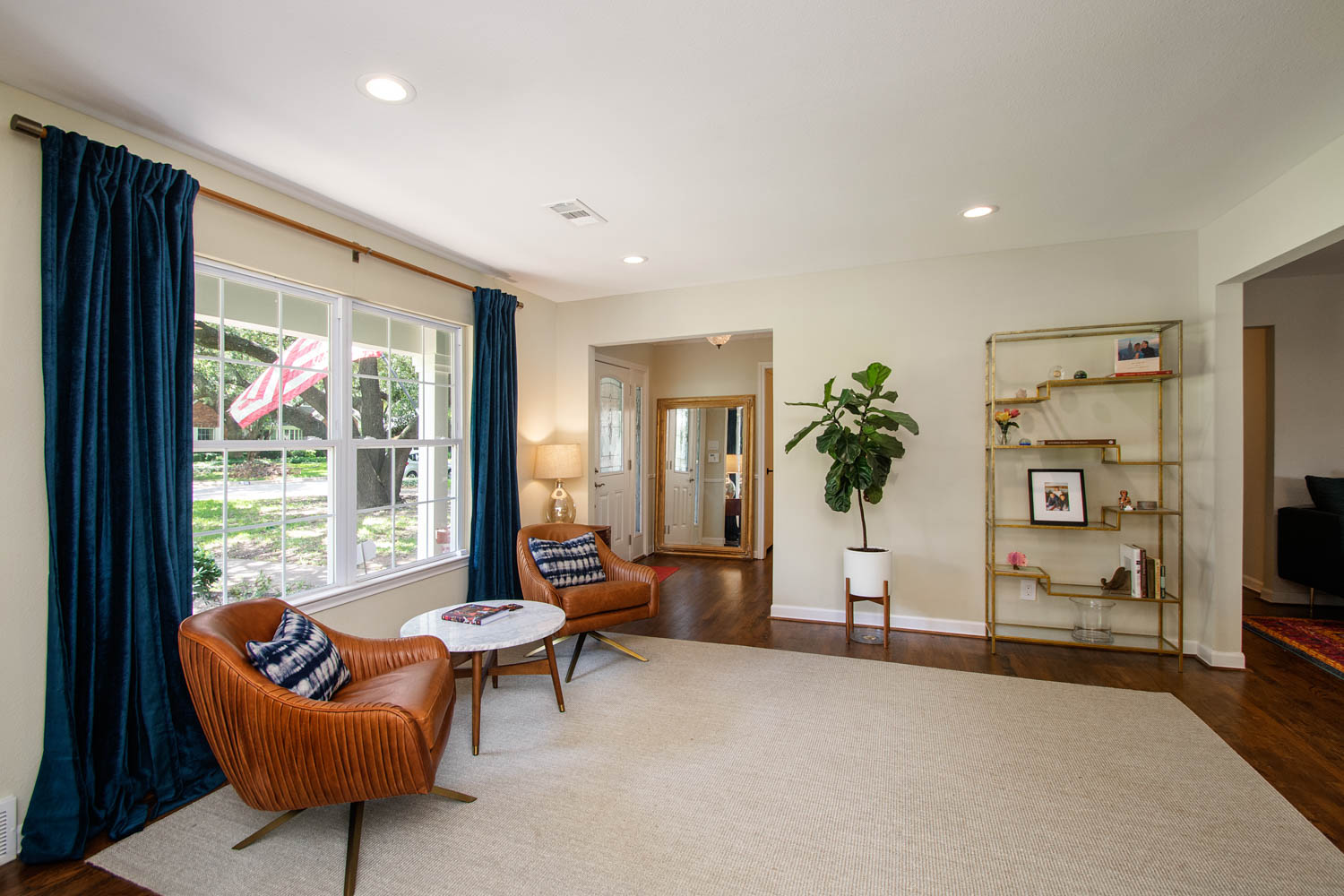 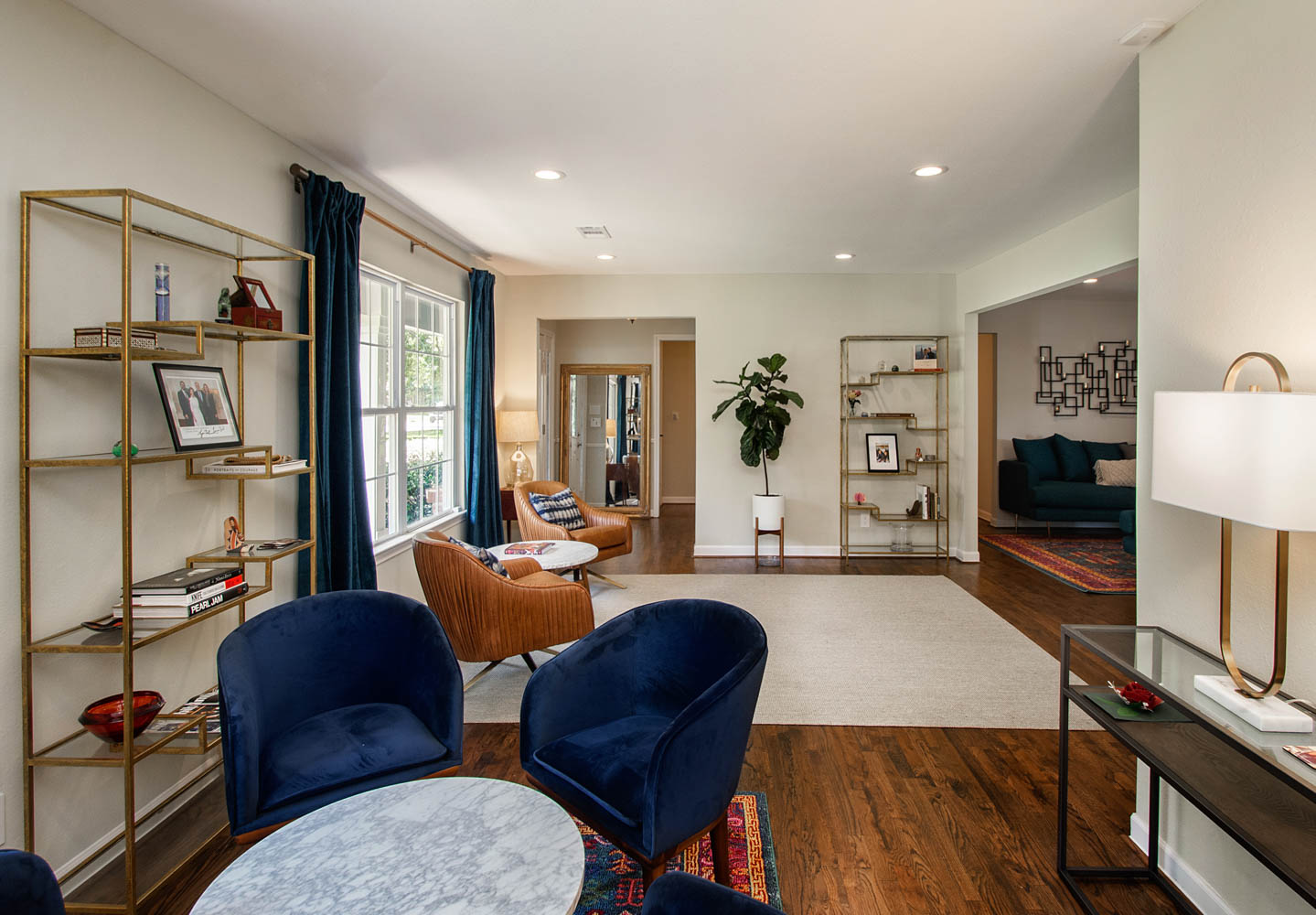 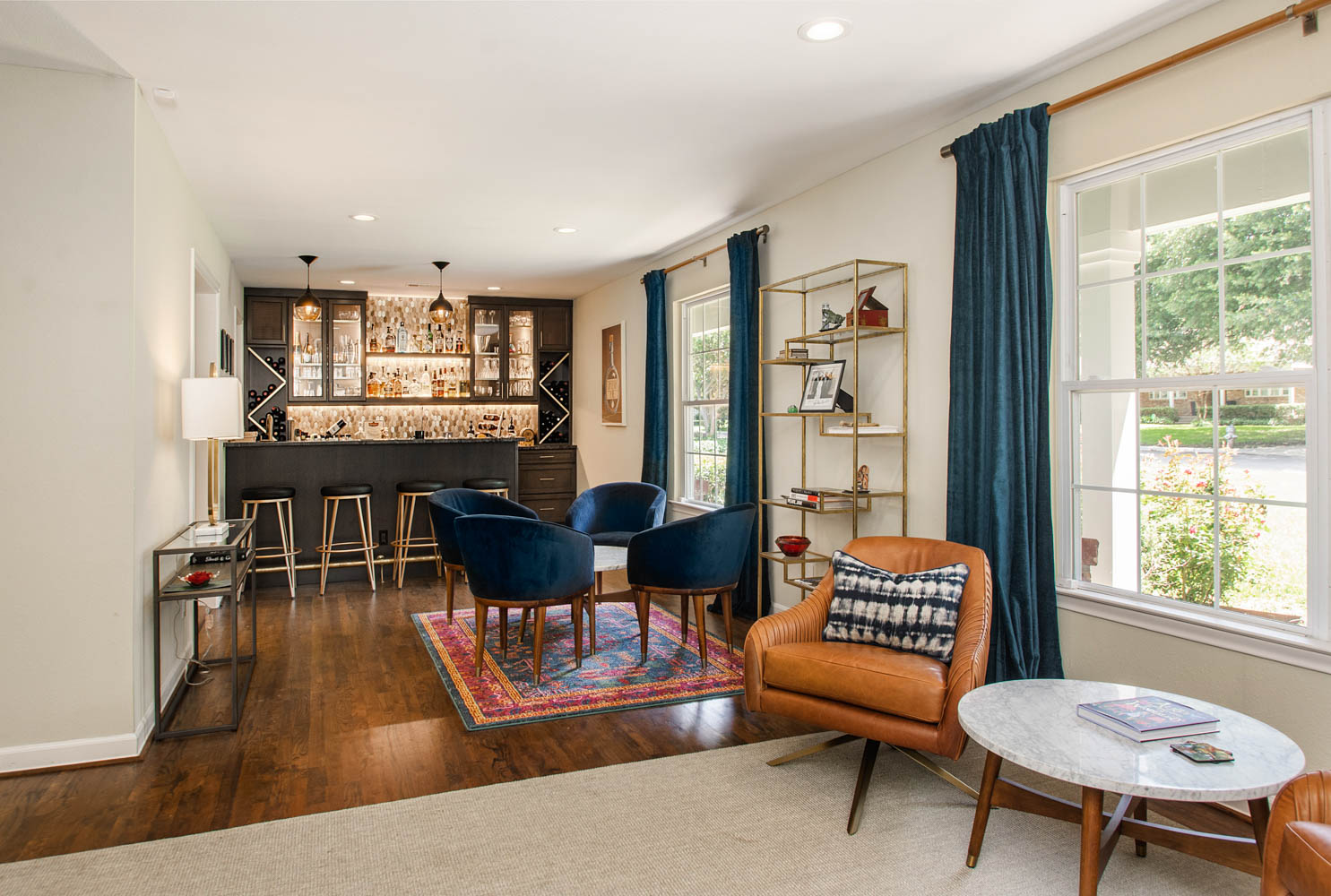 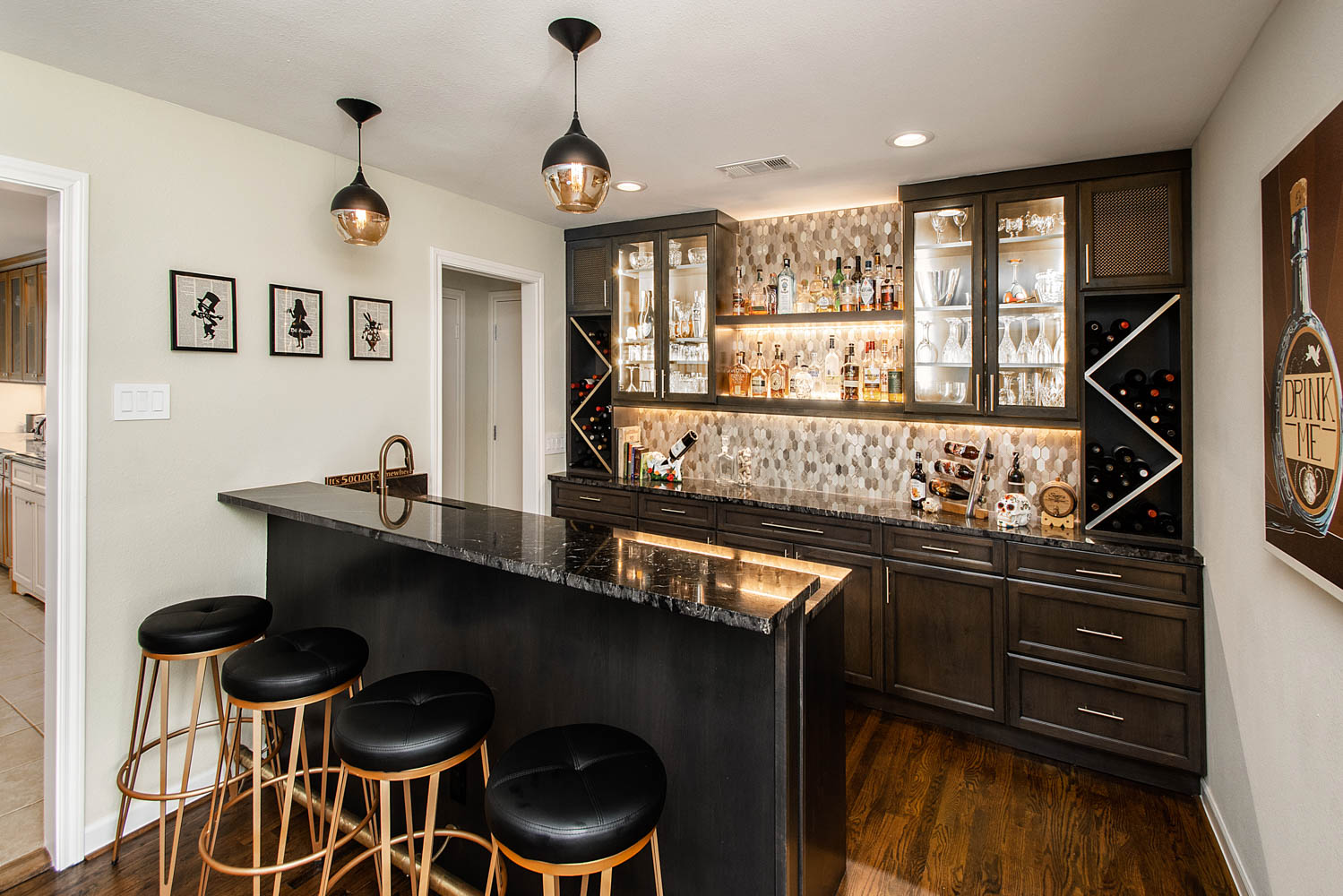 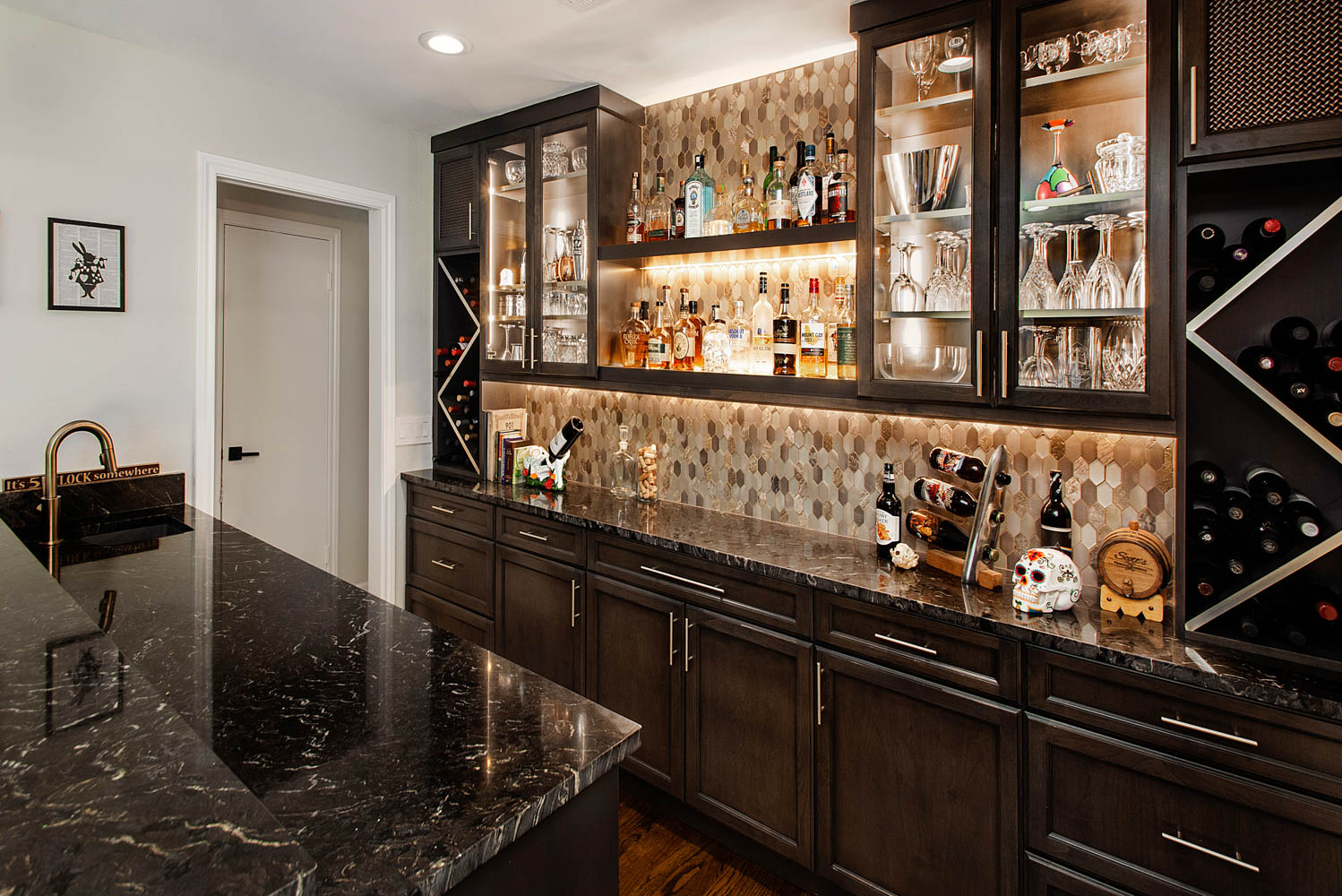 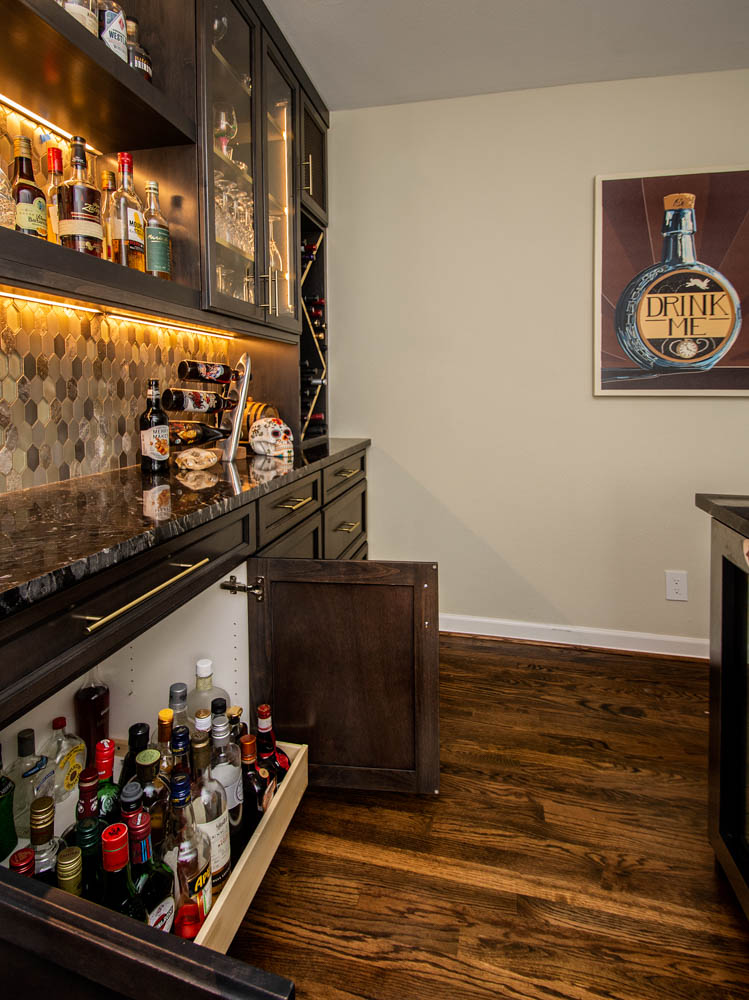 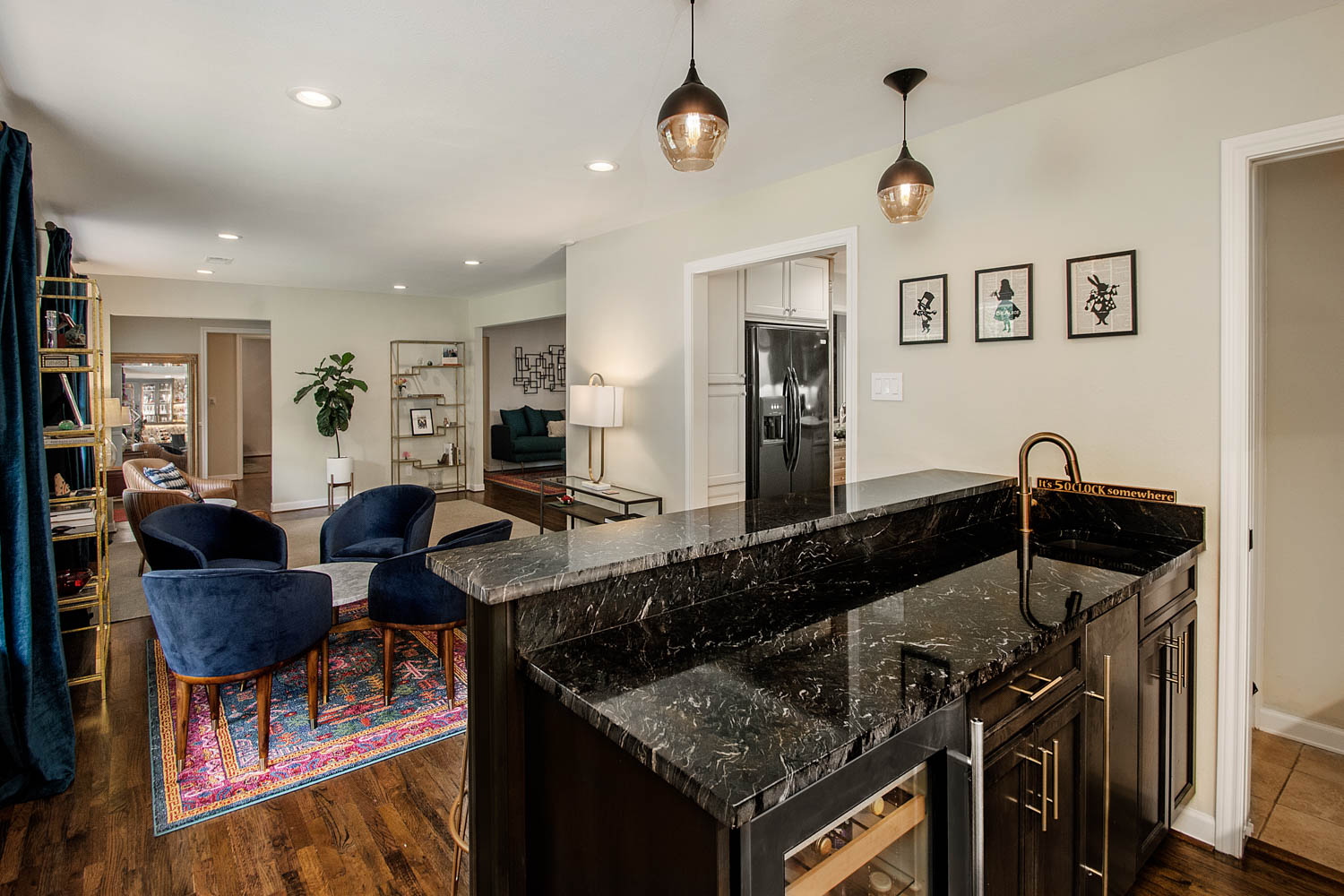 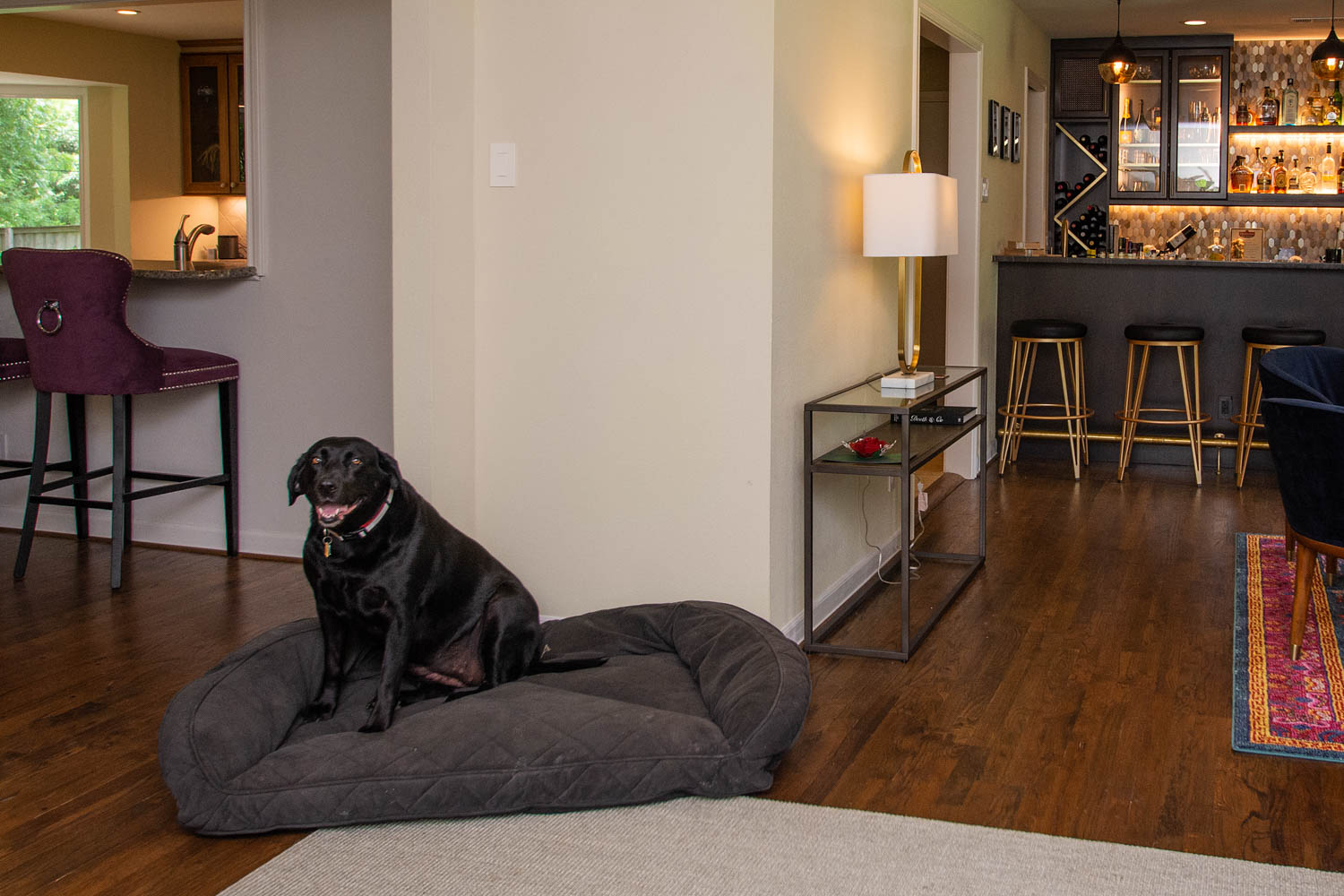